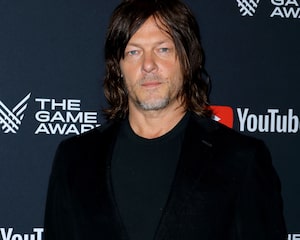 After 12 years, 11 seasons, countless heartbreaking deaths and thousands of zombies getting headshots to the brain, “The Walking Dead” is done.

On Wednesday, the show had its final day of filming the final season, with executive producer Greg Nicotero confirming the news by sharing a video with star Norman Reedus to his Instagram page.

“We’re doing a last day video, here we are, 12 years,” said Nicotero, as Reedus — who’s starred as Daryl Dixon since the first season premiered back in 2010 — added, “Last day, love you buddy, thank you for everything. It’s been a real joy, you know what I mean?”

“Remember when we were babies and we started this show? And you had short hair?” asked the EP, before Reedus revealed just how trippy the final day on set has been. “My entire brain is short circuiting right now,” he said, “I can’t really wrap my head around this.”

As Nicotero says, “It’s hard, but 12 hours from now the world’s gonna be a different place,” Reedus then jokes, “Yeah, I’ll be on the bathroom floor with a martini and tears.”

So far, the only other cast member to react to the final day of filming is Christian Serratos, who shared a photo from the forest around their set with the caption, “Already miss the woods. I love my Walking Dead Family.”

The show’s 24-episode final season is airing now, with Part 2 concluding in April. It’s unclear when the final eight episodes will air, but it won’t be the end of the “Walking Dead” universe when the series finale does eventually drop.

In addition to “Fear the Walking Dead” — which will continue its seventh season in April and has already been renewed for Season 8 — AMC is also working on an anthology series, “Tales of the Walking Dead,” a yet-untitled spinoff series with Daryl and Carol (Reedus and Melissa McBride) and another spinoff, “Isle of the Dead,” featuring Maggie and Negan (Lauren Cohan and Jeffrey Dean Morgan).

There’s also the planned feature film trilogy, which will revolve around what happened to Rick (Andrew Lincoln) after his exit from the series. Danai Gurira, who left the show in 2020, is also expected to appear in the films. 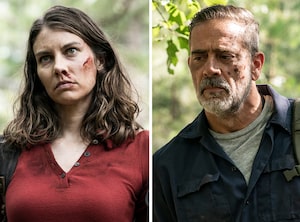