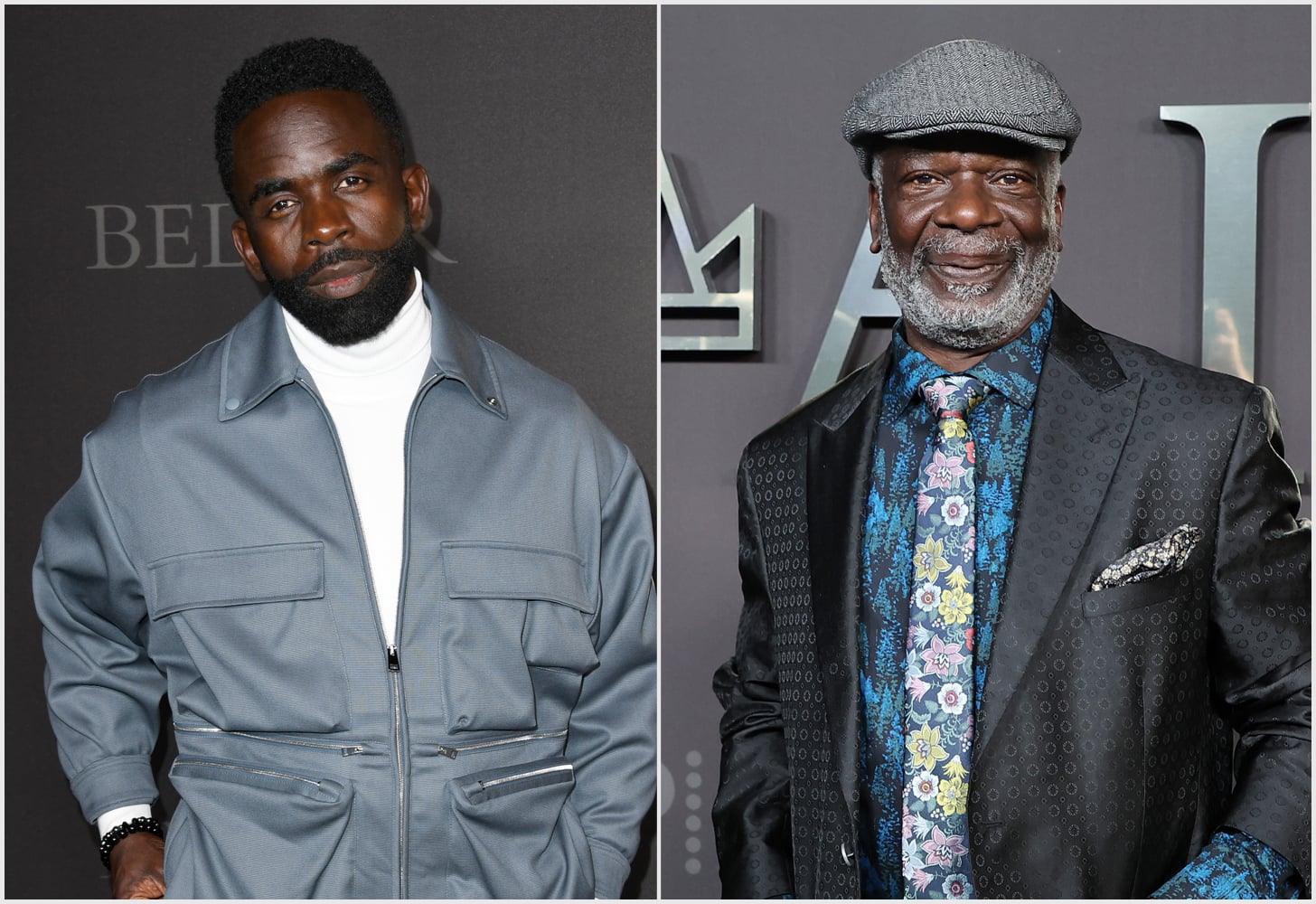 “Bel-Air“‘s reimagining of “The Fresh Prince of Bel-Air” has given longtime fans a lot of sweet full-circle moments this season. But series star Jimmy Akingbola (who plays Geoffrey) has a story of his own that makes his connection to his character’s original actor, Joseph Marcell, even more heartwarming.

On March 24, Akingbola posted an old photo of him and Marcell on Instagram from a project they worked on together in 2014. According to the actor, the two Geoffreys met long before “Bel-Air” was even a thought. “Dear @belairpeacock fans.. Some things are just meant to be…,” he captioned his picture of the two sporting matching outfits. “When #Geoffrey met #Geoffrey. A few years ago on @deathinparadiseofficial #josephmarcell played my father… The rest they say is history..”

“. . . what was important for me is that I didn’t want to depart from the beautiful essence that Joseph had created with the original Geoffrey.”

That same day, Akingbola and Marcell connected for an interview with Cassius Life to talk about the evolution of their shared character. “There is so much of the original Geoffrey in my version . . . what was important for me is that I didn’t want to depart from the beautiful essence that Joseph had created with the original Geoffrey, that became one of the most popular characters in the show,” Akingbola told the outlet. “And so there was a little bit of pressure with that, but actually, I decided to just use that and say, ‘Look, the main thing about Geoffrey is that he loved the family.'”

Both actors also joked about “Bel-Air”‘s Geoffrey becoming a sex symbol — a conversation stirred up amongst fans — and teased what a spinoff for the character could look like. “I think in the spinoff, I should be the elderly uncle,” Marcell proposes. “Who comes in, who’s probably an accountant or something really dull, but when you do find him with his tie and shirt undone, he is the life and soul of the party.”

“Bel-Air”‘s version of Geoffrey certainly has a lot of mysterious layers, so fans could be interested in him getting his own show! While we dream up all the possible scenarios for Geoffrey’s spinoff, check out Akingbola and Marcell’s throwback picture.