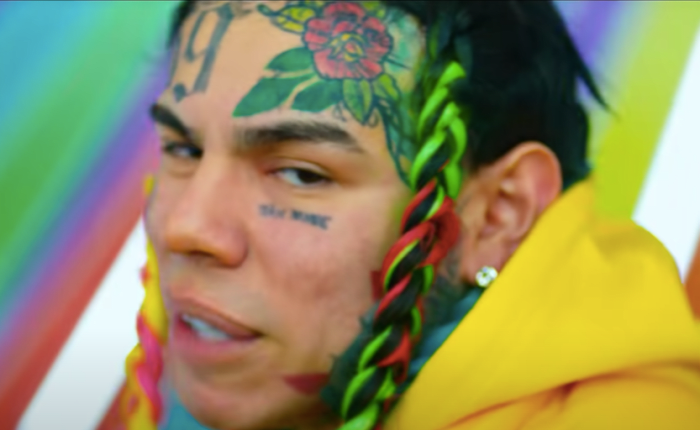 Rapper Tekashi 6ix9ine is officially broke, according to new court documents. And his financial situation is about to get a heck of a lot worse.

Tekashi – in sworn documentation – told the court that he’s broke. His statement is under penalty of perjury, so MTO News is confident that it’s TRUE.

Tekashi told the court, “I did receive large advances under the recording artist and merchandising agreements prior to my arrest. However, I do not receive any royalties under those agreements either since my royalty accounts remain unrecouped.”

Tekashi continued, “I have had to try to restart my career after my release from prison. I was out of the business for two years which caused me to lose all the momentum I had achieved before I was arrested.”

Then he started getting specific. The snitch rapper explained, “Because of the COVID-19 Pandemic, my ability to generate income from touring has been greatly reduced. Live concert revenue was a big part of the money I used to make as an artist. That is not the case now. I did not do any concert tours in 2021. I have no concerts booked for 2022.”

And more, “My present income supports myself, my two infant children and their mother, my mother and my brother. “

Finally he said this in the sworn document, “Right now, I am struggling to make ends meet. I do not know if I will ever command the kind of advances I was paid before my arrest, and my career stalled. “

The documents come from a lawsuit that Tekashi recently lost to Seketha Wonzer and Kevin Dozier. They claim that Tekashi traumatized them and ruined their lives after the rapper and his associated (who were members of the Nine Trey Gangsta Bloods) robbed the pair, and posted video of the robbery online.

Tekashi video’d the robbery and posted the footage to his Instagram account, and the clip immediately went viral.

Now that he LOST the case, he’s likely going to have to pay MILLIONS to the two men on top of his current financial struggles.