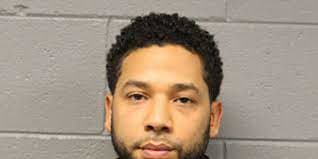 Jussie Smollett was sentenced to 150 days in prison for staging a hate crime in 2019.

Jussie was also given 30 months of felony probation. The actor yelled, “I am innocent. I could have said I was guilty a long time ago,” as sheriffs walked him out of the courtroom.

Jussie was found guilty on five counts of disorderly conduct — for each separate time he was charged with lying to police in the days immediately after the alleged attack. The actor was acquitted on a sixth count, of lying to a detective in mid-February.

“If I did this, then it means that I shoved my fist in the fears of Black Americans in this country for over 400 years and the fears of the LGBTQ community,” he shouted in court. “Your honor, I respect you and I respect your decision, but I did not do this and I am not suicidal. If anything happens to me when I go in there, I did not do it to myself, and you must all know that.”