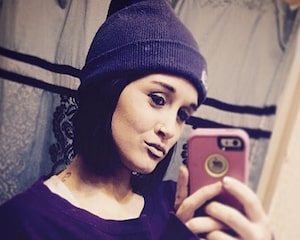 The “Teen Mom OG” star made a surprise appearance during the final episode of the crossover vacation series featuring stars from “Teen Mom OG” and “Teen Mom 2.”

In a deleted scene shared by MTV from the premiere of “Teen Mom: Family Reunion,” Maci Bookout and Cheyenne Floyd touched base with Catelynn Lowell via Facetime to confirm their suspicions that she wouldn’t be joining them.

What wasn’t revealed until now was that despite having just given birth to her daughter Rya, she and husband Tyler Baltierra were actually fully intending to participate in the new show, excited about all of the people who would be involved.

16 and Pregnant Star Jordan Cashmyer’s Cause of Death Revealed

“Tyler and I really wanted to be a part of the show from the start so we could grow closer with some of the girls that we don’t really know that well, and just learn about them and their stories more,” Lowell told Hollywood Life.

While “Teen Mom” has become a juggernaut franchise for MTV, many of its cast-members have not really spent all that time with one another. “Teen Mom Family Vacation” brings together “Teen Mom OG” stars Bookout, Floyd, and Amber Portwood; and “Teen Mom 2” stars Leah Messer, Jade Cline, Briana DeJesus and Ashley Jones; for a retreat in San Diego.

The plan for Lowell and Baltierra was to bring baby Rya along with them, despite the infant being only seven days old when filming started. Ultimately, though, the parents decided on caution in the wake of the ongoing pandemic.

“Because of COVID and just wanting to be safe — especially with a baby who can’t even get [any of] her vaccinations yet or anything like that — [we realized we] needed to just focus on her,” Lowell explained. 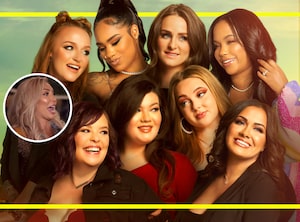 “The first month or few months with a newborn is crazy,” she continued. “You’re sleep-deprived, and your life is just wild. You’re trying to get on a routine, and yeah, so we were really bummed that we couldn’t be there, but we wanted to be so badly.”

Fans and co-stars were in for a treat in the final episode, though, as Lowell and Baltierra managed to arrange things so she could fly out and surprise her co-stars. Even better, she managed to sneak in during lunch on the final day of filming, leading to some very sweet and genuine reactions.

While she didn’t get the deep dive with the ladies she was hoping for, they were more than willing to share “the tea,” giving her a quick download of their experience so far on the adventure, which included a brief and explosive appearance by Farrah Abraham.

“I wish I could have been here the whole time,” Lowell told her fellow reality stars. But that’s not entirely true, as she told Hollywood Life when asked if she was upset she’d missed Abraham, “Definitely not.” 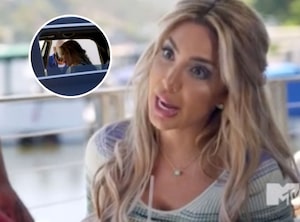 It was a fiery return for Abraham to the show last month, where she immediately reignited some fireworks with various members of the cast, and dropped the word “ghetto” while talking to Floyd and Cory Wharton.

“Yeah, Farrah’s been here a whole 60 seconds and she’s already just crossed a line,” deadpanned Bookout, before Abraham said she was “beyond this unhealthy behavior and I am beyond unhealthy people trying to get on TV.”

Abraham shared with the show’s life coach that she was working through some things in her own life and that she was “always open to talk” to the other ladies, but her stay was brief. She then trashed the franchise on Twitter, throwing around words like “evil,” “abusive,” and a “hate pit of ignorance and power trip.” She also vowed never to return.

While Lowell, who has had her own contentious history with Abraham, missed out on all of that, she did get to take part in one exercise with the other women that saw all of them writing down something they wanted to “let go of” and casting it into the flames. Standing before the ladies, Lowell shared, “I want to let go of my mom anxiety.”

She explained that he often finds herself spiraling down a rabbit hole of worst-case scenarios and she’s ready to stop doing that and be able to live more in the present. “What’s meant to be will be, good or bad, so I just want to let that go,” she said. 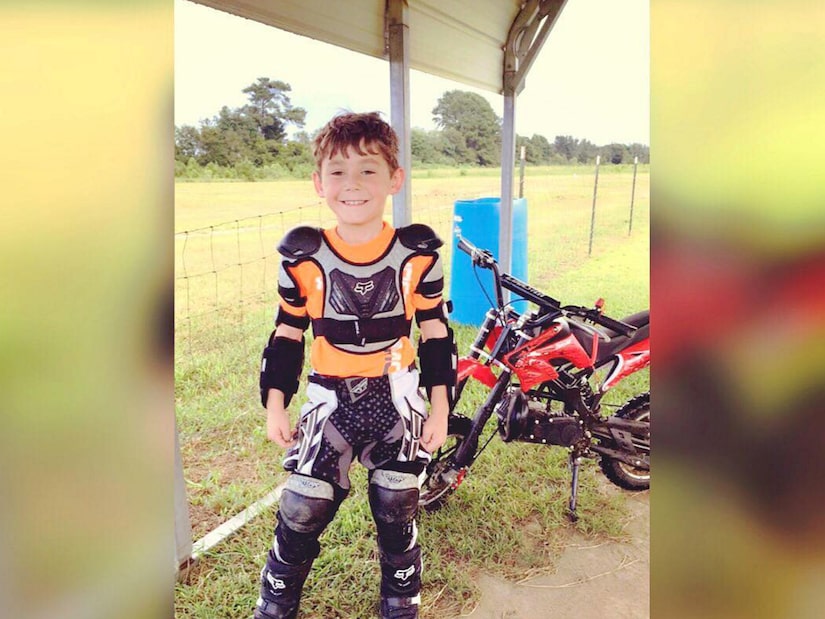