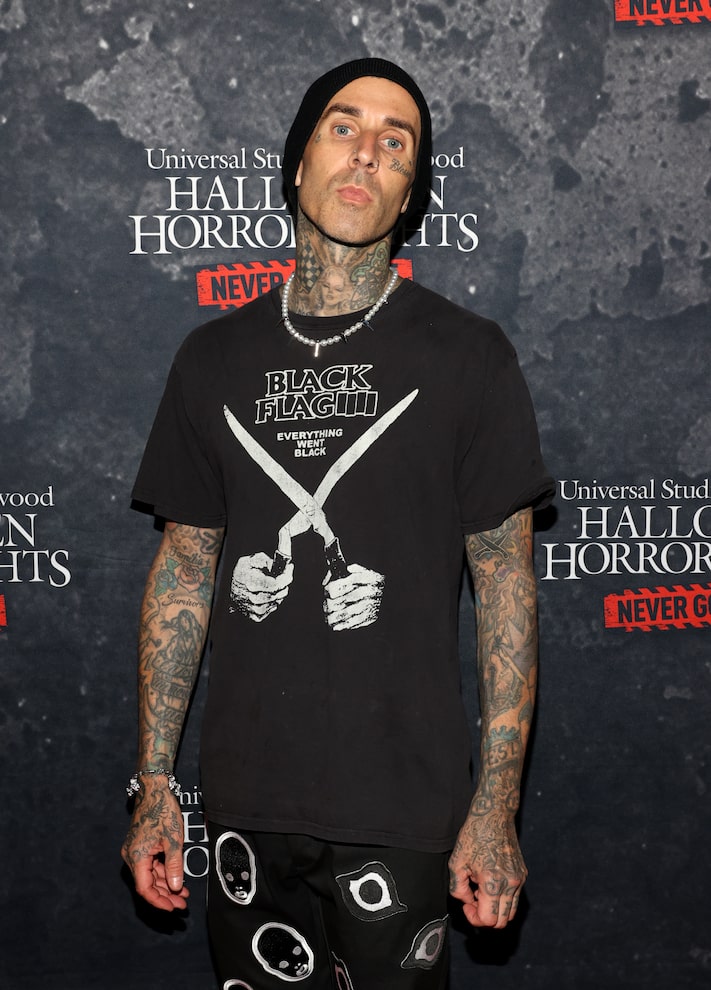 The Blink-182 drummer is totally unrecognizable in the video, which dropped February 9 — you won’t believe the transformation! In the opening scene, the 46-year-old rocker sports a gray wig, oversized glasses, a sweater vest, and a turtleneck while playing a nerdy school teacher. One thing noticeably missing: Trav’s trademark face tattoos! 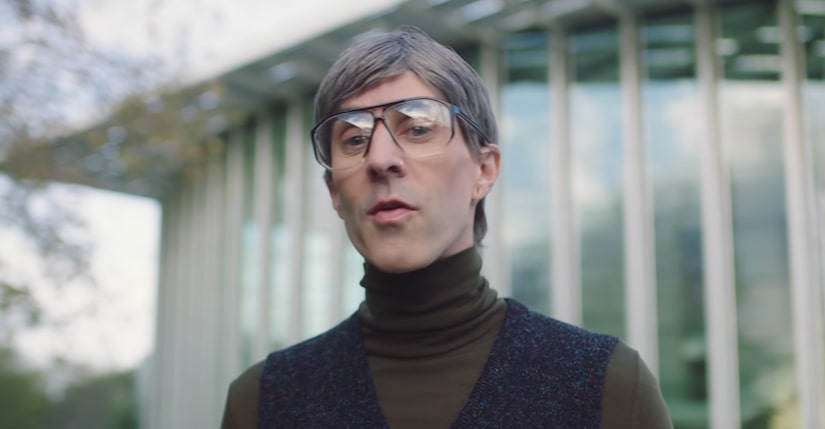 Travis starts the video off by welcoming a class of school children to what looks like a modern museum. “Alright ,kids,” he begins, “today we’re going on a field trip!”

Someone is about to get quite an education!

Once inside the museum, the students are exposed to Machine Gun Kelly and Willow Smith’s grunge, emo makeup, and incredible talent.

Barker posted the scene to his Instagram, writing, “Who wants to go on a field trip?”

His fans and followers were quick to express their love of this new look, with one user commenting, “Travis the gray wig honestly is a whole vibe.” Another supporter added, “I don’t want to like it but I kinda almost sorta do…”

Another fan wrote, “Looks WAY cooler than any field trip I remember as a kid.” And honestly, same!

On Wednesday, Kelly shared the look to his own Instagram Stories, posting a picture of a FaceTime call with Travis in full professor mode. He wrote, “got my favorite teacher in the emo girl video @travisbarker.”

While the look is new for Travis, working alongside Machine Gun Kelly, real name Colson Baker, is hardly anything out of the ordinary. The rock stars are longtime friends who are often seen together in the company of their fiancées, Kourtney Kardashian and Megan Fox. This isn’t the first time the friends have teamed up in the music scene before. Travis is currently serving as the executive producer on MGK’s forthcoming sixth studio album. 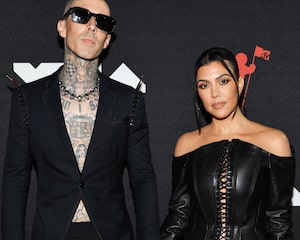 Kourtney Kardashian Reveals What She Would Look Like Covered in Tattoos

After convincing Travis to get matching tattoos of the new album’s title, “Born with Horns,” Kelly had to break the news that he was changing the title to “Mainstream Sellout.”

In a recent TikTok, MGK recorded the moment he broke the news to Travis. He begins, “Okay, we’re friends no matter what, right?”

Luckily, Travis burst into laughter and we can safely assume the two are still friends — no matter what! 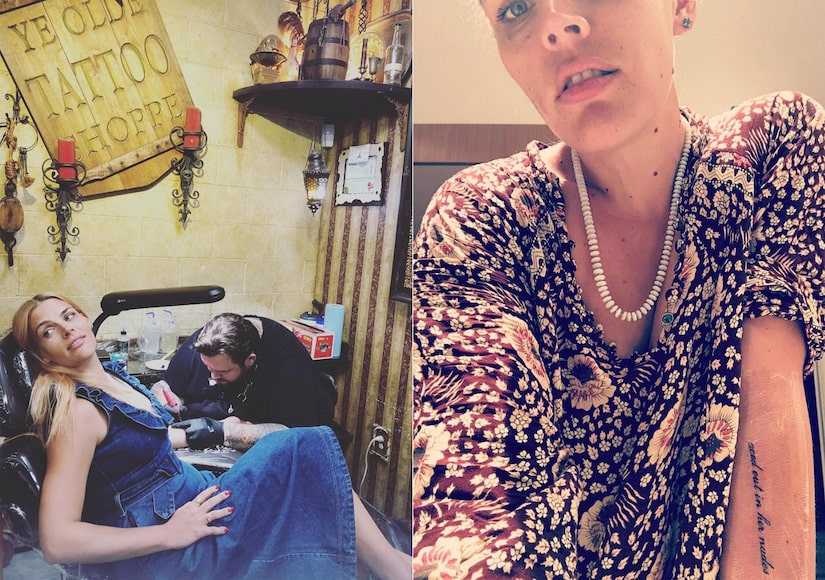