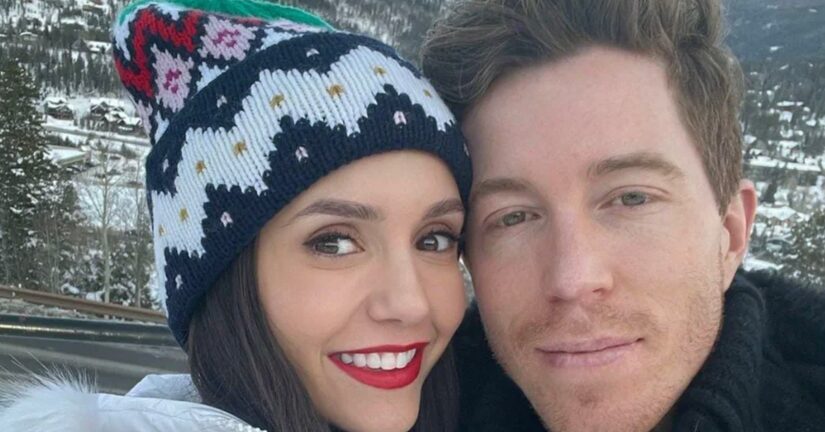 “Extra” caught up with Nina Dobrev at the Mammoth Film Festival, where she is promoting her new “Black Mirror”-esque short film “The One.”

Nina also revealed why she isn’t joining boyfriend Shaun White in Beijing for his last Olympics ever. She said, “Unfortunately it didn’t work out with the visas and spectators aren’t allowed at the Olympics because of COVID, so I’ll be watching from home.”

White recently announced that he is retiring following these Winter Olympics.

Though Nina isn’t able to witness the Games in person, she did step into Shaun’s shoes for a hot second. She recently posted a video of herself wearing his Olympics gear. She said, “That was actually right before he left… I took his outfit and went outside and started playing with the dogs.”

Dobrev says she’s having fun in the snow at the Mammoth Film Festival, but she didn’t bring a snowboard!

She explained, “I actually didn’t bring my snowboard to Mammoth because the festival is happening and it’s work, so I decided to put the play aside. I also don’t wanna get hurt, and I like to do tricks and jumps when I’m snowboarding.”

“The One” is Nina’s directorial debut. Of her transition from actor to director, she shared, “Over the years, I started learning and became so fascinated by the whole process, and storytelling is my passion and it’s just an exciting way to get to extend and find a new avenue to tell stories and make impactful narratives that reach people.”

As for the movie, Dobrev said it focuses on “womanhood, the challenges of being a woman, the decisions and choices we have to make as women, and just technology and whether or not it’s moral to do certain things.”

Dobrev came up with the film’s concept with her friend William Day Frank.