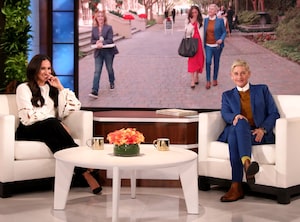 It’s been a tumultuous year to be a part of the British royal family. Not only did Prince Harry and Meghan Markle finally sever their professional ties with the monarchy but they also decided it was time to speak out — and they were ready to share everything. After announcing their decision to step back from their royal roles and then moving across the world, 2021 saw the couple divulge the details of all that they’d been through, no matter what the cost.

Here’s what went down in the royal family in 2021…

In February, Megan and Harry announced that they were expecting their second child with a beautiful photo taken remotely by their longtime friend, photographer Misan Harriman. In the picture, the couple could be seen at ease in their backyard, showing off Meghan’s baby bump.

“We can confirm that Archie is going to be a big brother. The Duke and Duchess of Sussex are overjoyed to be expecting their second child,” a spokesperson for the couple said in a statement.

While they received public congratulatory messages from much of the royal family, a note from Harry’s brother William and his wife Kate was notably missing.

The Palace Confirms Meghan & Harry Will Not Return as Working Royals

Less than a week after sharing their pregnancy news, Buckingham Palace confirmed that the couple would officially not be returning to their royal roles. This announcement stripped the duo of their Royal Highness titles and no longer allowed them to keep their patronages — their royal involvement with numerous U.K. charities.

“The Duke and Duchess of Sussex have confirmed to Her Majesty The Queen that they will not be returning as working members of The Royal Family. Following conversations with The Duke, The Queen has written confirming that in stepping away from the work of The Royal Family it is not possible to continue with the responsibilities and duties that come with a life of public service. While all are saddened by their decision, The Duke and Duchess remain much loved members of the family,” the statement read.

While Meghan and Harry’s probation period was not set to conclude until March, sources say that the couple’s commercial relationships with companies like Netflix and Spotify conflicted with the Queen’s views that members of the family can’t represent the U.K. while also pursuing personal financial goals.

Meghan & Harry Speak Out About Their Decision

After the palace released their official statement, Meghan and Harry spoke out about their philanthropic endeavors, despite not being able to keep their patronages.

“As evidenced by their work over the past year, the Duke and Duchess of Sussex remain committed to their duty and service to the U.K. and around the world and have offered their continued support to the organizations they have represented regardless of official role. We can all live a life of service. Service is universal,” the statement read. 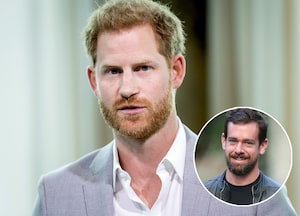 In March, Meghan and Harry announced they would be sitting down with Oprah for a tell-all interview, explaining what they faced as members of the royal family as well as what led to their decision to leave.

“I don’t know how they could expect that after all of this time we would still just be silent if there is an active role that The Firm is playing in perpetuating falsehoods about us. And if that comes with risk of losing things, there is a lot that has been lost already,” Meghan said in a preview.

Meghan & Harry Reveal Mistreatment by The Firm During In Depth Interview

While sitting down with Oprah, Meghan and Harry didn’t hold back on how they felt they had been mistreated by The Firm and other members of the royal family. The conversation included a wide range of topics, from concerns about Archie’s skin tone to Meghan’s frightening suicidal thoughts.

When discussing The Firm, Meghan explained that she was told she would be protected from harm in the media but quickly realized that wasn’t the truth. As false and racist stories began to surface in the press, Meghan said that they would actually “lie to protect other members of the family” but weren’t “willing to tell the truth and protect” the couple. And whenever Meghan tried to fight for her family, she says she was “silenced” by those around her. Things got so bad that she says she “didn’t want to be alive anymore.”

Harry claimed that at several points he “desperately” went to people within The Firm and his family for help but was turned away and offered no guidance. He admitted that he felt “trapped” for many years and didn’t see a way out. 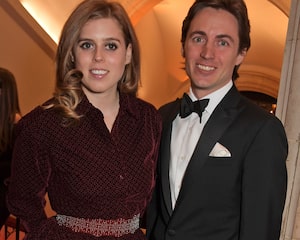 Harry Clarifies His Relationship With His Family

Meanwhile, Harry admitted that his father Prince Charles stopped taking his phone calls at a certain point before the announcement about their departure from the royal family. While things have gotten better over the past year, he said no one in the family has apologized for what the couple went through.

Following the broadcast of Harry and Meghan’s interview, the Queen spoke out to express her sorrow to hear what the couple had been through during their time with the royal family and promised to address the issues privately.

“The whole family is saddened to learn the full extent of how challenging the last few years have been for Harry and Meghan. The issues raised, particularly that of race, are concerning. While some recollections may vary, they are taken very seriously and will be addressed by the family privately. ​​Harry, Meghan and Archie will always be much loved family members,” the Palace said in a statement.

Prince William Breaks His Silence on the Tell-All Interview

Shortly after, Prince William was asked about the interview and if he had spoken to Harry since it aired. While he shared that he planned to reach out soon, he also reassured that the royal family didn’t have an issue with Archie’s skin tone.

“I haven’t spoken to him yet but I will do…We are very much not a racist family,” William told photographers. 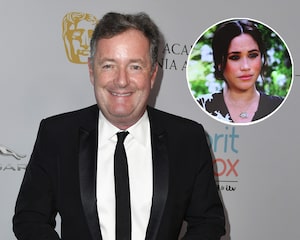 After the interview was aired, the Palace also appeared to take a deeper interest in investigating claims made against Meghan, including accusations from former staffers that had told media outlets Meghan bullied them. While the Palace had originally released a statement showing support for the staffers, they appeared to change their attitude after Meghan shared her truth. Instead of an internal investigation, the Palace revealed that they had hired an external firm to handle the probe.

“Our commitment to look into the circumstances around allegations from former staff of The Duke and Duchess of Sussex is being taken forward but we will not be providing a public commentary on it,” they said in a statement to CNN.

Despite the strained relationship between the Palace, Harry and Meghan, the couple expressed their grief over the passing of Harry’s grandfather, Prince Philip. Harry even traveled to England for his funeral, although Meghan remained at home due to her pregnancy. After the service, Harry and William were spotted together publicly for the first time in over a year.

“In loving memory of His Royal Highness The Duke of Edinburgh 1921-2021 Thank you for your service…you will be greatly missed,” the couple’s website read.

While many accused Meghan of being the catalyst for Harry to leave the royal family, he admitted on a podcast in May that he had always had the idea but was unable to follow through.

“Obviously in my early 20’s, I was a case of, I don’t want to do this job, I don’t want to be here, I don’t want to be doing this, look what it did to my mom. How am I ever going to settle down and have a wife and family when I know it’s going to happen again. I’ve seen behind the curtain, I’ve seen the business model, I know how this operation runs and how it works. I don’t want to be part of this. For me, prior to meeting Meghan, it was very much a case of, certainly connected to the media, that anger and frustration of ‘this is so unjust.’ By the way, not just about me, but about all this stuff that I was seeing,” Harry said. 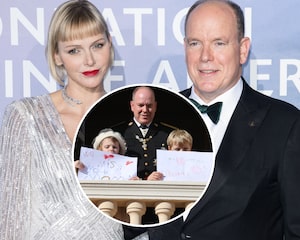 Prince Albert Reveals Princess Charlene Has Entered a Treatment Facility: ‘She Wanted This’

Meghan & Harry Welcome Their Daughter — And Name Her After The Queen

In early June, Meghan and Harry welcomed their daughter Lilibet Diana. The little girl’s name paid tribute to both Harry’s mother Diana and his grandmother Queen Elizabeth, who was called Lilibet as a child.

“On June 4th, we were blessed with the arrival of our daughter, Lili. She is more than we could have ever imagined, and we remain grateful for the love and prayers we’ve felt from across the globe. Thank you for your continued kindness and support during this very special time for our family,” the couple said in a statement.

After the arrival of Lilibet was announced, the Palace released a statement congratulating the family. William and Kate were even said to have had a gift sent to Meghan and Harry.

While many members of the royal family tend to shy away from commenting on personal matters, Prince Edward decided to share his thoughts about the familial tension during an in-depth interview in June. He admitted that what had been going on over the past year was “very sad” but admitted he tries to stay away from the drama.

“It’s difficult for everyone but that’s families for you…we wish them the very best of luck. It’s a really hard decision…There are all sorts of issues and circumstances there. We’ve all been there. I stay way out of it. It’s much the safest place to be. We’ve all had that same spotlight shone on our lives. We’ve been subjected to massive intrusion and all the rest of it. We all deal with it in different ways,” he told CNN. 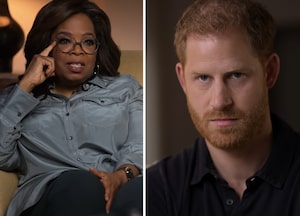 At the end of July, almost two months after Lilbet was born, the Palace finally updated the  royal line of succession to include the little girl. She is eight in line to obtain the throne behind Prince Charles, Prince William, Prince George, Princess Charlotte, Prince Louis, her father, and her brother Archie.

Whether it was an oversight to update the information online or there was a discussion about Lilibet’s place in the royal family remains unclear.

In August, Meghan celebrated her 40th birthday and received kind messages from members of the royal family. Well wishes came from the Queen as well as Prince Charles and Prince William and Kate.

“Wishing The Duchess of Sussex a very Happy Birthday today!” the Queen wrote, including a slideshow of photos of the duo together.

Meghan & Harry Reportedly Decline Invitation to Christmas at the Palace

While the public drama between Meghan, Harry and his family may have subsided in the second half of 2021, the couple reportedly still declined an invitation to Christmas celebrations at the Palace.

“There’s a lot that goes into the logistics and the planning of the family Christmas, so of course, staff know that Harry and Meghan are not coming. If they were, they would have communicated it to their family by now. But this is Her Majesty’s first Christmas without her husband, so one would have hoped they would want to be with her. I think everyone understands there will be a frenzy when they both come back to the UK, but they need to rip the [Band-Aid] off and get on with it,” a royal source told Page Six.

Exactly when Meghan and Harry will finally return to the UK together is still unknown. 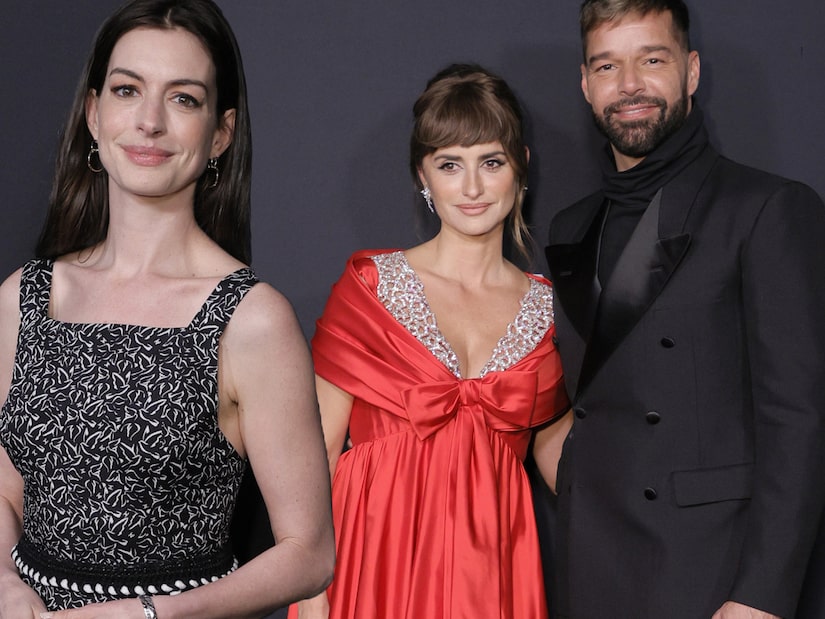