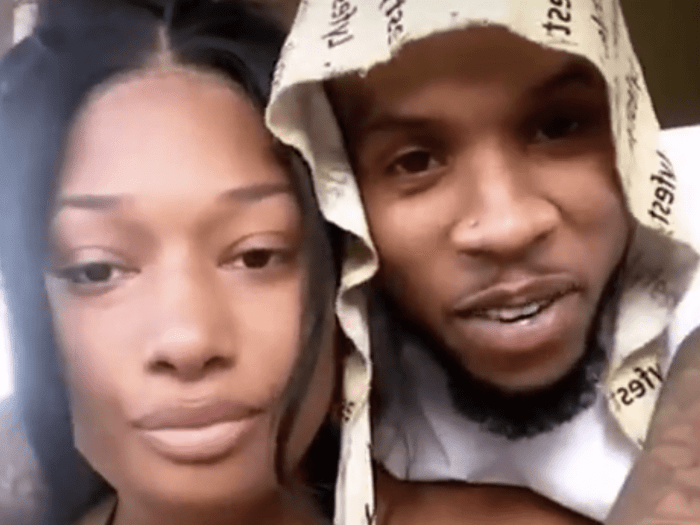 Yesterday news broke that a police officer testified that Megan Thee Stallion told him that Tory Lanez asked Meg “to dance” before shooting her in the foot. That testimony is considered hearsay, since the officer was not there to hear it himself, and will not be included in the trial.

But the explosive testimony – which was allowed at a preliminary hearing – went viral, after TMZ reported it.

Well MTO News spoke with people closely connected to Tory Lanez, and they dropped a BLOCKBUSTER on us. According to Tory’s attorney – an independent witness told cops they saw Megan Thee Stallion and her female friend, Kelsey, fighting just moments before Meg was shot in the foot.

And there’s more. MTO News learned that during the same preliminary hearing yesterday, a detective testified this independent witness — who allegedly saw the shooting happen — claimed the gun’s muzzle flash went off and was closer to Kelsey than Tory.

And it gets even juicier. Tory’s attorney, Shawn Holley, says that the muzzle flash detail is “corroborated by the gunshot residue found on the other female’s hands.”

MTO News spoke with a person close to Tory, shortly after the incident who told us that Megan Thee Stallion was “blackout drunk” when the incident happened. And that she was so inebriated that she “probably doesn’t know what happened.”

It should be noted that Megan’s friend Kelsey vehemently denies being the shooter. She’s spoken out publicly on social media, claiming that she was NOT the shooter. Kelsey also appeared to challenge Megan’s version of the events in her social media posts.

Chile . . . this whole mess is getting crazier and crazier by the day.