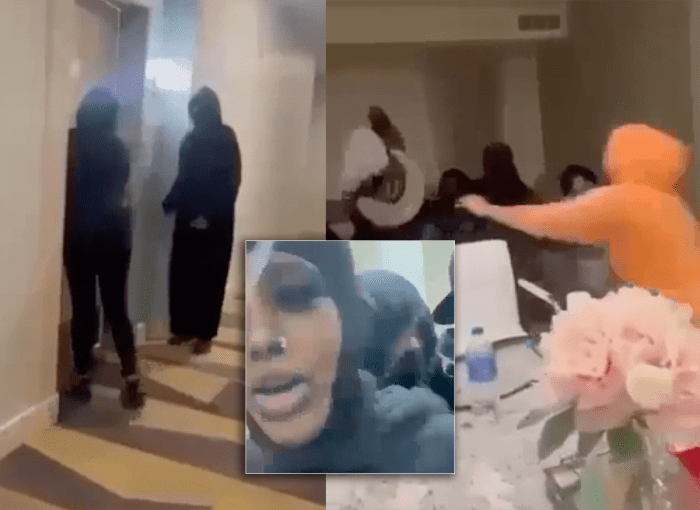 The teenagers, most of whom are female, can be heard laughing during the Livestream, and asking people watching to “like” the video.

The disturbing Livestream starts out with the large group of teenagers walking inside their rival’s building, and riding the elevator to her floor, MTO News confirmed.

The group then rang the opps’ doorbell, and when she answered – the group pushed their way inside – and began beating her. MTO News watched the video closely, and it appeared that multiple teens used weapons to attack the girl.

The teenage victim was unable to defend herself, and had to accept the beating – as her family – which included a 16 month old baby – was forced to look on.

Then the attackers left the apartment, all while filming the attack.

After the incident was over, the teens were seen laughing and gloating over the beating. One girl can be heard asking viewers to “like” the video as well.