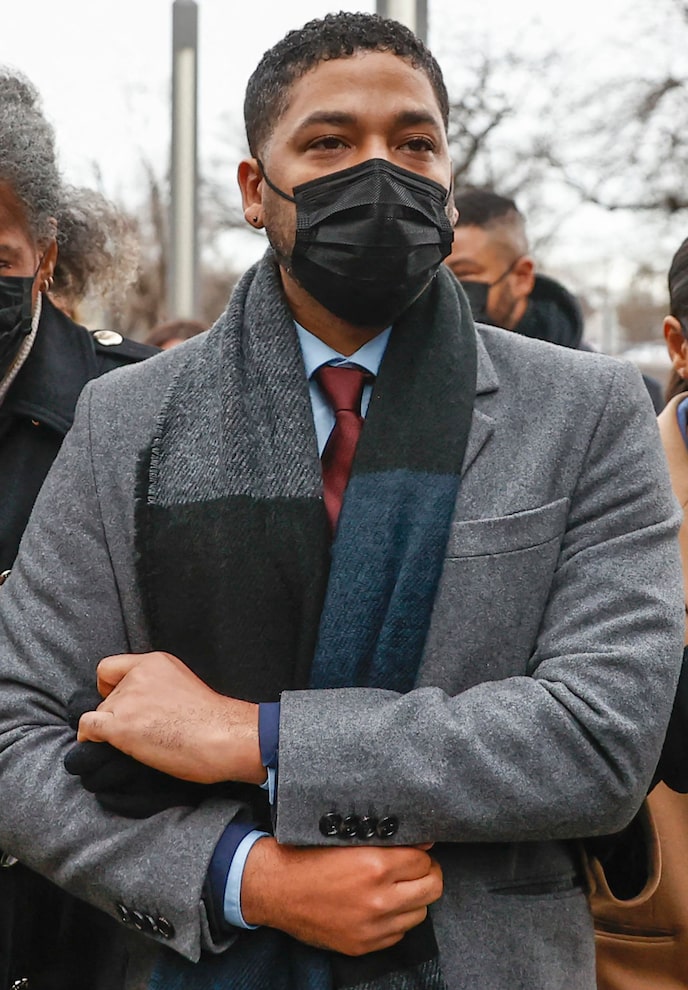 Jussie Smollett took the stand on Monday to give his account of what happened the night he was allegedly attacked.

Jussie is facing six felonies for disorderly conduct and making a false police report. Prosecutors claim he staged an anti-gay, racist attack on himself in January 2019, while the “Empire” star insisted in court “There was no hoax.”

According to Page Six, Jussie walked the court through what he says happened as he walked home from a Subway restaurant in Chicago the night of the incident. He says he heard someone yell, “Empire!” and “f—-t Empire n—-r!”

Speaking of the alleged assailant, he said, “This person felt significantly larger than me. They were dressed in dark clothes, a ski mask, and I could only see [their eyes].” He went on, “I would like to think I landed a punch, but I know that I certainly threw one.”

The prosecutors claim Jussie actually paid brothers Abimbola and Olabinjo Osundairo to “fake beat him up.” The defense says the men really did attack Smollett, while acknowledging Jussie knew the brothers and had sexual relationship with Abimbola.

While on the stand, Jussie also explained some key points in the case. He claims a $3,500 check gave to the brothers was not to pay for the attack but for coaching and training services.

He said texts about something “on the low” were actually about an illegal herbal steroid Abimbola had offered to get him to help him lose weight.

Reflecting on how he knew the brothers, Smollett said he met Abimbola at a nightclub in 2017 and they had done drugs together and spent time together at a gay bathhouse.

Last week, however, Abimbola testified that he was heterosexual and did not have a sexual relationship with the actor. He did confirm they had visited the spa together.

When Jussie was asked if Olabinjo knew about his relationship with Abimbola, he said he didn’t believe so.

Smollett could face up to three years jail time if convicted.