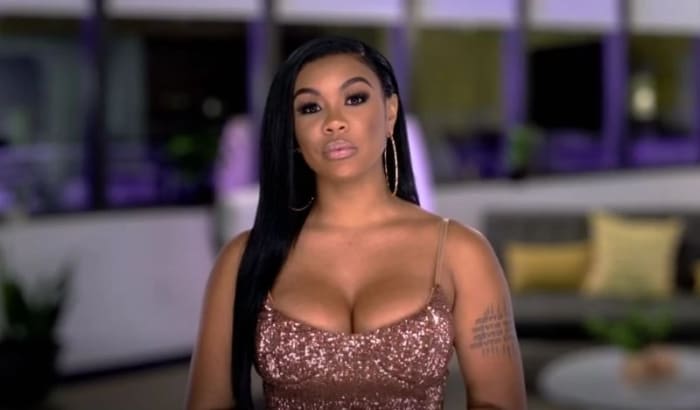 Chinese Kitty is one of the hottest young female rappers in the world. And over the weekend she attended Future’s birthday party in Atlanta, where she unveiled a new look, MTO News confirmed.

And her new look is striking.

Chinese Kitty appears to have undergone extensive surgery on her face and her body. In her face, the female rapper appears to have gotten a full facial rejuvenation. And she’s now barely recognizable.

And her body is even more surgically altered. The rapper appears to have gotten a tummy tuck and a Brazilian Butt lift. Her stomach is now cinched so tight, it’s almost like has a corset on under her skin.

Popular IG Model Sent Home After Being ‘Flewed Out’ – ‘Ur Body Don’t Match Ur IG Pictures’!!

But with all the surgery, Chinese Kitty looks somewhat more masculine. Many are now saying that the rapper looks like a transgender. And some are even wondering what her born-gender is.

SECOND IMAGE – SHE LOOKS A LOT LIKE LAVERNE COX

THIRD IMAGE – FROM THE BACK – LOOK BACK AT IT

Chinese Kitty joined the supporting cast of Love & Hip Hop: Miami in season one, where she is caught in the crossfire in an altercation between Gabby and Shay, and her mother gets involved trying to defend her.

In season two, her storyline involved her supporting Jessie Woo through her struggles and opens up about her own painful past, including an incident in which she was date raped at an industry party.