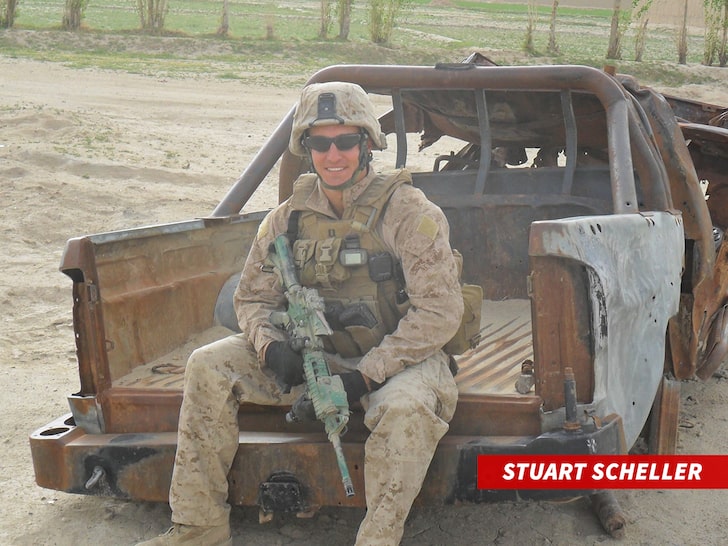 A Marine Corp lieutenant colonel was swiftly disciplined after railing on the Secretary of Defense, the Chairman of the Joint Chiefs of Staff and other military leaders for bungling the disastrous exit from Afghanistan.

Lt. Col. Stuart Scheller, a 17-year-veteran who has served in Afghanistan, says he knew the brass would come down on him like a hammer, but he felt it was his duty to publicly demand accountability for failing to protect the troops.

Lt. Col. Scheller was relieved of his duties after posting his video, in which he says, “People are upset because their senior leaders let them down. And none of them are raising their hands and accepting accountability or saying, ‘We messed this up.'” 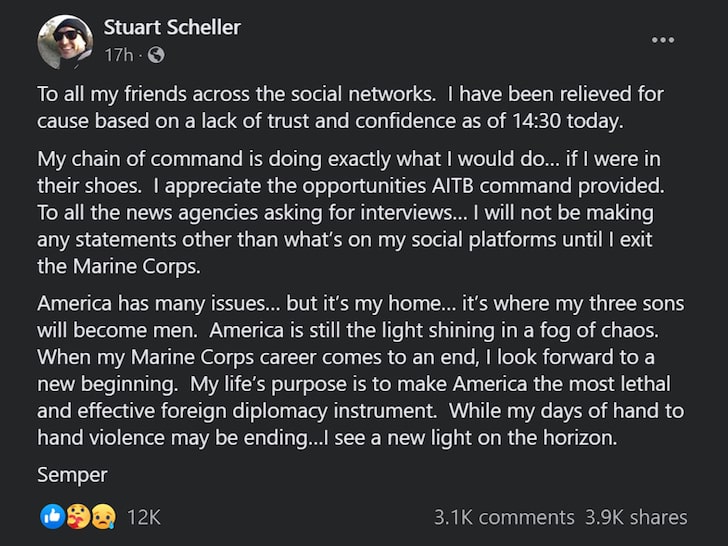 The lieutenant colonel, who says he had a personal relationship with one of the fallen soldiers, says he knew his criticisms would result in a high cost to him, his family and his career, and also said he was urged by some of his fellow Marines not to say publicly what they were all feeling privately.

The Lt. Col. zeroed in on what he believes was a fatal error … not securing the Bagram airbase before evacuating our soldiers and Afghan allies.

The Marine brass said they disciplined Lt. Col. Scheller because they lost trust and confidence in his ability to command.