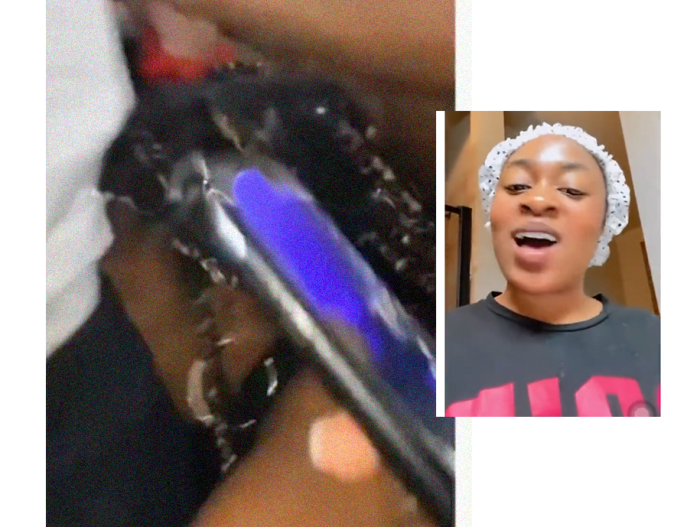 A female fan of rapper Moneybagg Yo is going viral, for grabbing on to the rapper while he was performing, and sniffing his private parts – in front of thousands of fans, MTO News has learned.

And the woman isn’t embarrassed over what she did either. Actually she’s proud of herself.

In the video, you can see that Moneybagg was performing in front of a packed crowd. As MTO News observed, Moneybagg walked over to the edge of the stage and a female fan jumped up and hugged the rapper – while her face was buried in his private area.

Video of the woman sniffing Moneybagg went viral. The woman then decided to go on social media, bonnet and all, and explain herself.

The woman told fans “Yeah I sniffed his n**ts, and I will sniff them again.”

So far neither Moneybagg Yo nor Ari have responded to the woman.