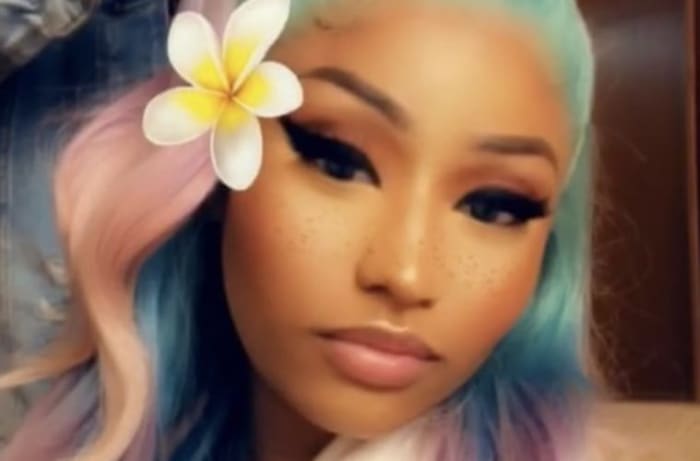 There are certain forces around the music world that are trying to get Nicki Minaj cancelled – and they’re currently working overtime.

The powers that be want Nicki Minaj cancelled, and MTO News has learned that they are creating a very destructive narrative about the greatest female rapper ever – and making suggestions that could forever damage her career.

Currently, there’s a well orchestrated campaign going on against Nicki – and it’s beginning to work. Yesterday a shadow IG page released a series of damaging videos about her.

Probably none were more damaging, in MTO News opinion, that the video showing Nicki Minaj allegedly giving a lap dance to a person described as a “13 year old boy.” MTO News was not able to confirm the age of the young male getting the dance from Nicki, so his actual age is in question.

But even without confirmation, that didn’t stop the video from going viral. It’s been viewed over 1 million times.

And there’s more. MTO News learned that the shadow page also leaked an old hip hop verse from Nicki yesterday. In the song she was rapping with Lil Twist who was just 16 at the time.

And the lyrics were cringeworthy. Listen:

That’s not all Nicki’s troubles.

Nicki Minaj and her husband Kenneth are being sued by the woman Kenneth was convicted of trying to rape in 1995. The victim’s name is Jennifer Hough, and she claims Nicki allegedly tried to pay her money to change her story, but Jennifer claims she declined.

In new legal documents obtained by MTO News, Jennifer claims Nicki and Kenneth have “directly and indirectly harassed her and threatened her to not speak about the incident, and she says they’ve inflicted emotional distress upon her as a result.”

Jennifer is suing Nicki and Kenneth for “intentional infliction of emotional distress, harassment, and witness intimidation.