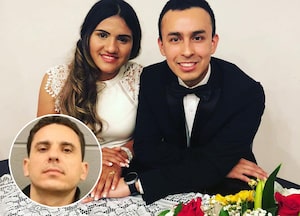 A missing boy from New Jersey has been recovered alive — but his mother was tragically found dead.

On Friday police in New Jersey issued a multi-state amber alert after two-year-old Sebastian Rios failed to turn up for daycare, and his mother Yasemin Uyar, 24, never arrived to work.

The alert warned that the pair may have been abducted by the boy’s father, 27-year-old Tyler Rios.

Early on Saturday, the amber alert was cancelled when authorities located the toddler safe in Monterey, Tennessee, 800 miles away. They arrested his father without incident.

But at 8:15 PM that night, police discovered Yasemin’s body in a wooded area nearby, off of Interstate 40, USA Today reported.

According to the publication, in October 2019 Yasemin’s mother Karen Uyar wrote a post on social media detailing her daughter’s abusive relationship with Rios, claiming multiple instances of domestic violence, and the steps the family had to go through to get her protection.

Weeping for her daughter on Saturday, she alleged Rios had previously choked Yasemin, and slammed her head into a wall.

“While my family grieves the loss of Yasemin, please remember she wasn’t just a DV (domestic violence) victim,” Karen Uyar said. “Her life will be celebrated as her greatest gift to this world, Sebastian will still need all of our love and support.” 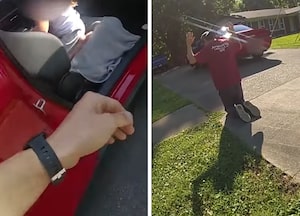 She said she last saw her daughter alive on Wednesday, and she had seemed fine. But she knew something was terribly wrong when police left a voicemail for other daughter Marissa on Friday, alerting her that Yasemin had been assaulted.

He was also ordered not to have contact with the victim — who was not identified as Yasemin — and to undergo anger management classes.

Karen said she repeatedly told her daughter she lived in constant fear that one day she would receive a call with the worst possible news — but that her daughter always downplayed it.

“She would say, ‘He really wouldn’t hurt me. He just wants control.'”

Rios remains in custody in Tennessee, pending extradition back to New Jersey. 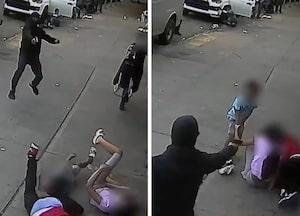