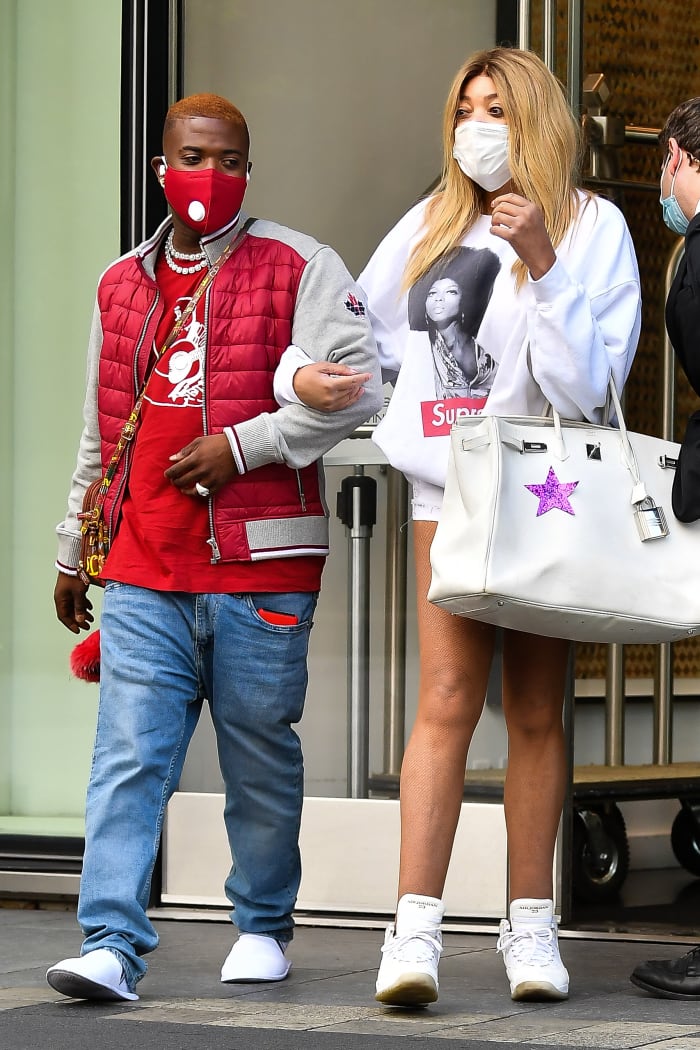 Talk show queen Wendy Williams was spotted out yesterday, on what appeared to be a lunch date with Ray J, MTO News confirmed.

The two walked arm in arm as they strolled around New York – after grabbing a bite to eat together. Check them out – don’t the two make a cute couple:

Ray J, 40, and Wendy Williams, 56, caused quite a stir on social media when the two were seen together recently. But Wendy immediately blunted all the rumors, by calling Ray J her “little brother” on IG. Look:

If Ray J and Wendy were to start dating, it wouldn’t be Ray’s first ever older woman. You’ll recall that Ray J was dating Whitney Houston before she tragically passed away.

Of course there’s also another obstacle that’s preventing Ray and Wendy from becoming a couple. Ray has a WHOLE WIFE named Princess.