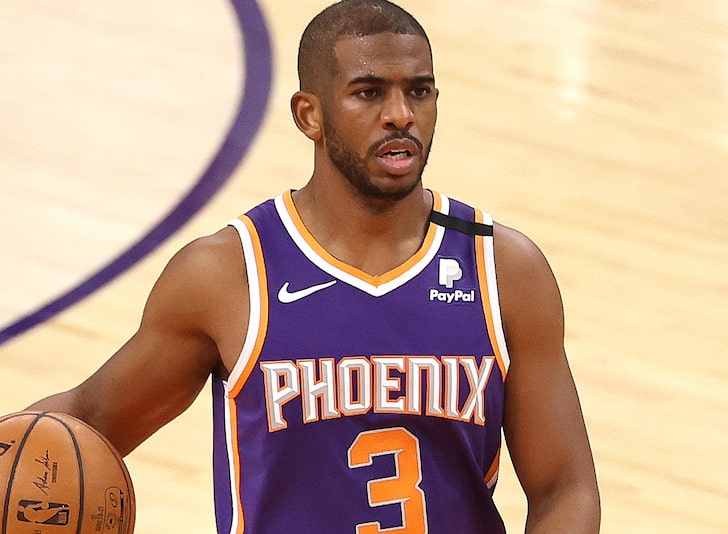 9:50 AM PT — More details are coming in about Paul’s status … with Arizona Sports reporter John Gambadoro claiming the guard did, in fact, test positive for COVID-19.

What makes the situation a true case of bad luck — Paul WAS vaccinated, according to ESPN’s Jalen Rose … which makes it rare, but not impossible, to come down with the virus.

The fact Paul is vaccinated is good news for getting back on the court … he could return sooner than the 10-14 day window once he starts testing negative.

Potentially devastating news for the Phoenix Suns — superstar point guard Chris Paul has been sidelined for an indefinite period of time … as part of the NBA’s COVID-19 health and safety protocols.

In other words, CP3’s status for the start of the Western Conference Finals is reportedly “up in the air” … depending on when the Clippers/Jazz series ends, according to Shams Charania.

Paul has been the backbone for the red-hot Suns — averaging 15.7 points, 4.1 rebounds and 8.7 assists through 10 games this postseason.

Phoenix has been on a tear in the playoffs … eliminating LeBron James and the Los Angeles Lakers in the first round and sweeping the Denver Nuggets in the semifinals.

The Jazz vs. Clippers series is currently tied at 2 games apiece … and if either team wins in 6, it sounds like Paul will not be ready to go.

The report adds if the series goes 7 games, the WCF will start on Sunday.

Shams also points out the isolation period may be shorter for vaccinated players — depending on the medical circumstance — but those details have not been revealed at this time.