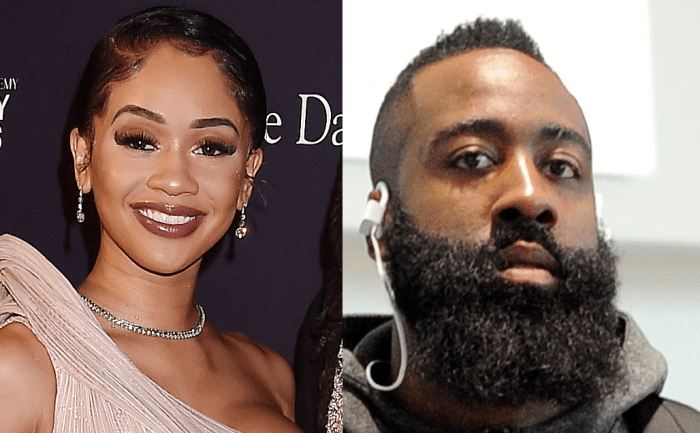 There may be a new super couple on the horizon – NBA star James Harden and female rap sensation, Saweetie!

MTO News spoke with a person associated to Saweetie who claims that the two may be dating. The person claims that James allegedly sent Saweetie a $100,000 Cash App “gift” – and afterwards asked her out on a date.

MTO News was not able to independently corroborate the rumored Cash App – but Saweetie has been outspoken about her love for big financial gifts and James has been known to be extremely generous with beautiful women.

Saweetie recently had a very public, and a very ugly split from her ex-boyfriend Quavo from The Migos. The couple dated for about a year, and were all over the red carpet together. But earlier this year the couple split – and Quavo was left broken hearted.

In response, the Migos rapper had her $250K Bentley repossessed and launched a diss track aimed at Saweetie, which MTO News reported.