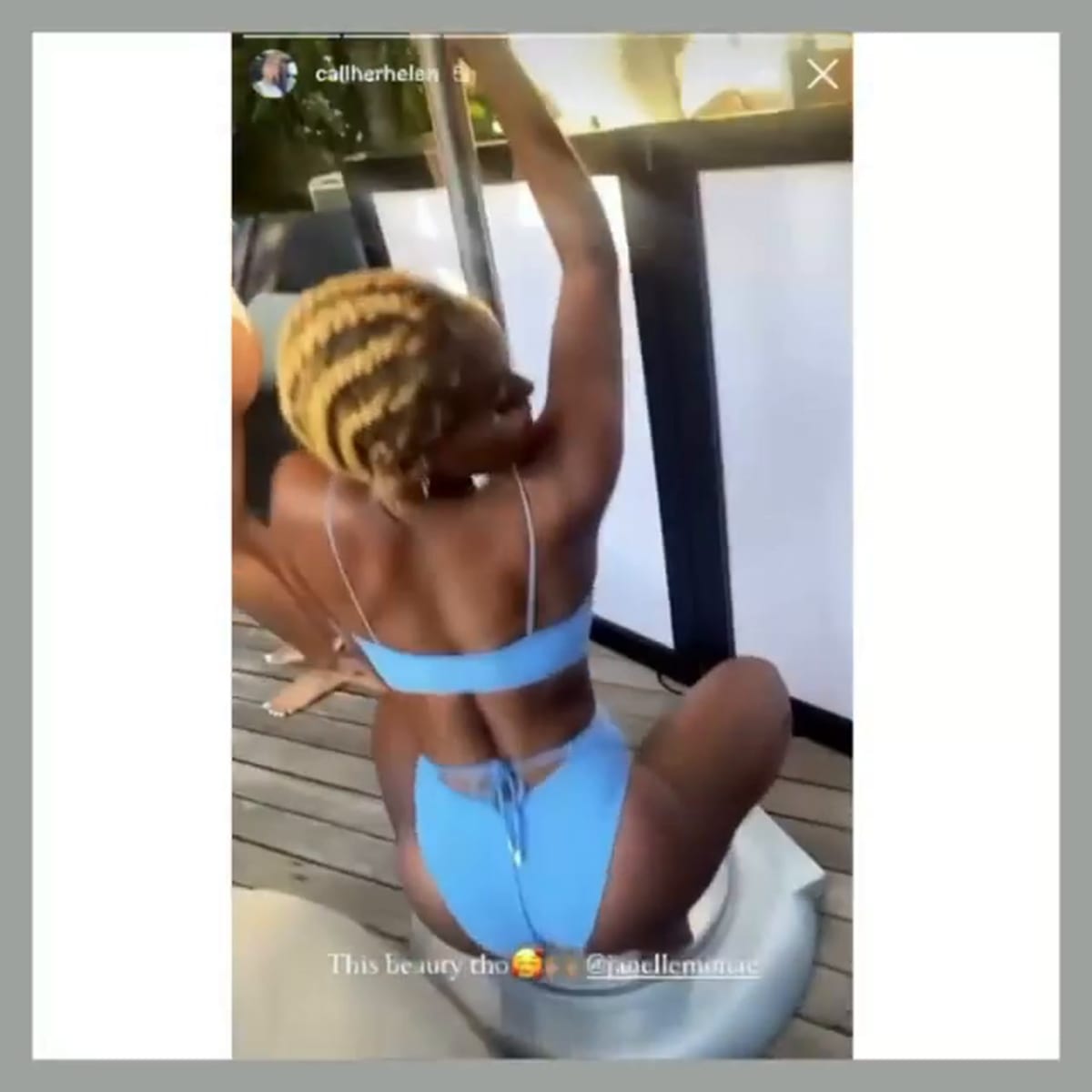 Janelle Monae is a very talented actress, singer and dancer . . . but her stripper moves can use some help. MTO News learned that the gorgeous singer/dancer showed off some moves yesterday, at a Los Angeles pool party.

And well . .. she tried her best. Here’s video of Janelle attempting to twerk on the pole.

Janelle is a singer, songwriter, rapper, actor, record producer, and model. Monáe is signed to Atlantic Records, as well as to her own imprint, the Wondaland Arts Society. Monáe has received eight Grammy Award nominations.

In 2016, Monáe made her theatrical film debut in two high-profile productions; Monáe starred in Hidden Figures as NASA mathematician and aerospace engineer Mary Jackson, and also starred in Moonlight. Hidden Figures was a box office success, while Moonlight won the Academy Award for Best Picture at the 89th annual ceremony.