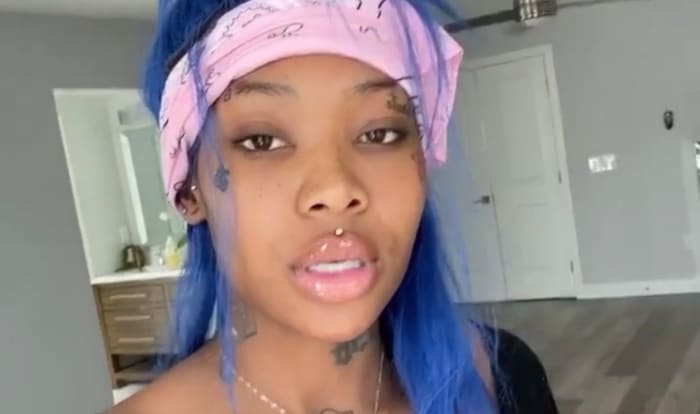 R&B singer Summer Walker is going viral today, after she posted a series of messages on Instagram aimed at her baby’s father, producer London On Da Track, MTO News has learned.

Summer and London were the “it” couple for about a year. And last year, the two welcomed a daughter into the world and for a while it seemed like a storybook romance.

Summer Walker Getting Strangled By London On Da Track

But earlier this year, Summer and London broke up – and Summer is extremely bitter about it. Yesterday she took to IG to explain how upset she is over being forced into the role of being a single mother.

Summer then went on Twitter, and commented on one of her fans posts. Summer wrote, “He made me a baby mama” – then quickly deleted the comment.

Here are the IG messages that she left:

When Summer met London, the superstar producer/songwriter had children already by other women and Summer found herself tangling with these women during the course of their relationship.

Now Summer and London are on the outs after giving birth to her first child, but the songstress is just 24 and continues to be one of the biggest stars in R & B.