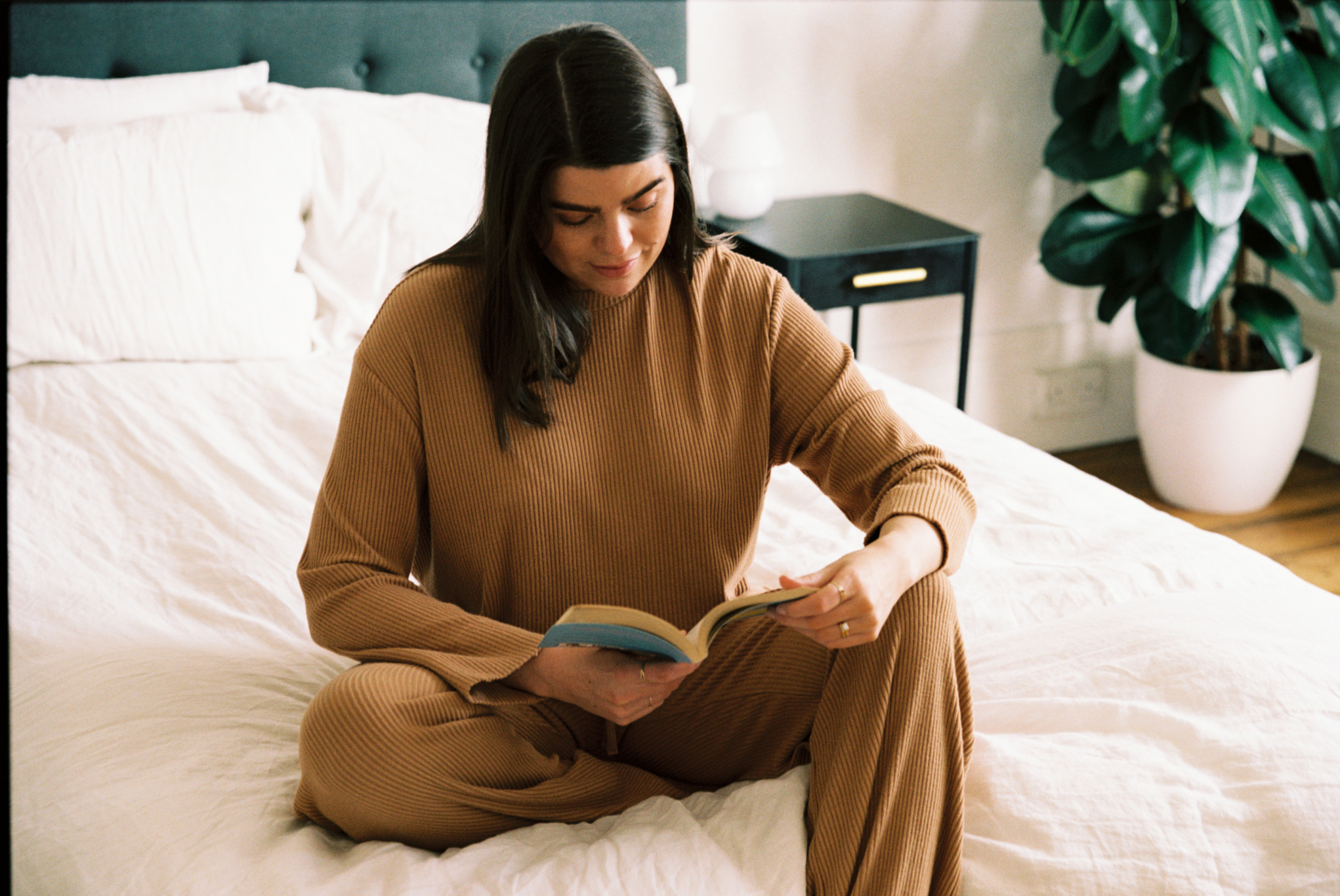 Like a virtual wander round Waterstones (SOON everyone, SOON!)

This post contains ad affiliate links (denoted by a ‘*’) & gifted items (denoted by ‘ad – gifted). You can read my full disclaimer here.

Well hello there! Apologies for the brief hiatus. Turns out that the six-week long process of getting your windows replaced is actually a bit of a faff and it really knocked us for six. So we had to slow down there, whilst we got our ducks in a row and we are back and cooking with gas, with fresh new windows to boot (and a newly repainted bedroom – but more on that on Sunday on the ol’ ‘Tube!).

Despite the clouds of dust and incessant sanding (sorry neighbours!), one thing that can always provide an escape and a moments peace is a good book, so although I’ve been a little less fast-paced with my reading this year so far, I have *plenty* on my wishlist – and it looks like you lot do too. I asked on Instagram for your favourite reads of the year so far and you DELIVERED. So I’ve tried my best to collate your answers and provide you with the wishlist of all wishlists. Think of this like the really sweet spot of Waterstones where the staff write personal glowing reviews and it makes you want to buy EVERY. SINGLE. BOOK… 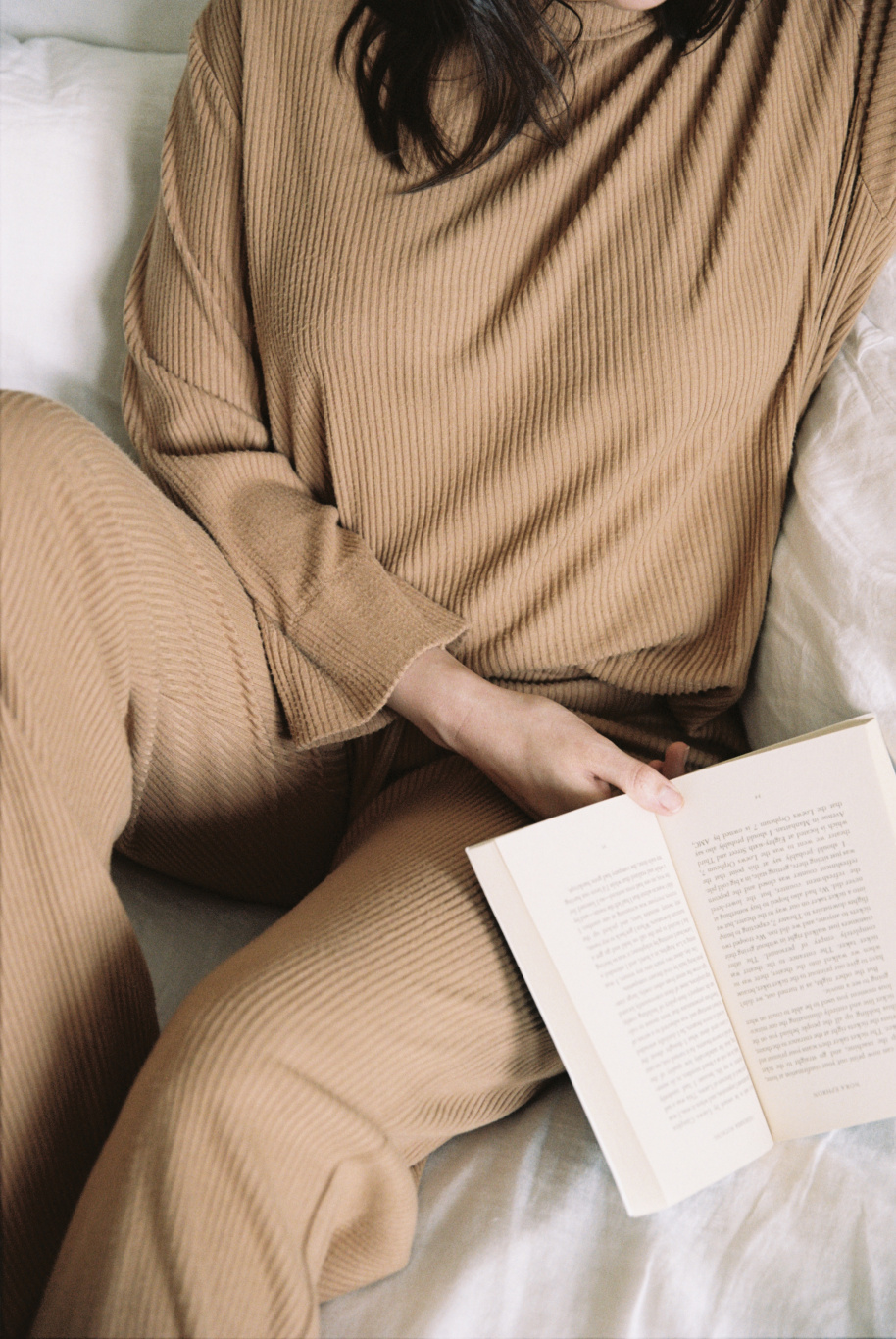 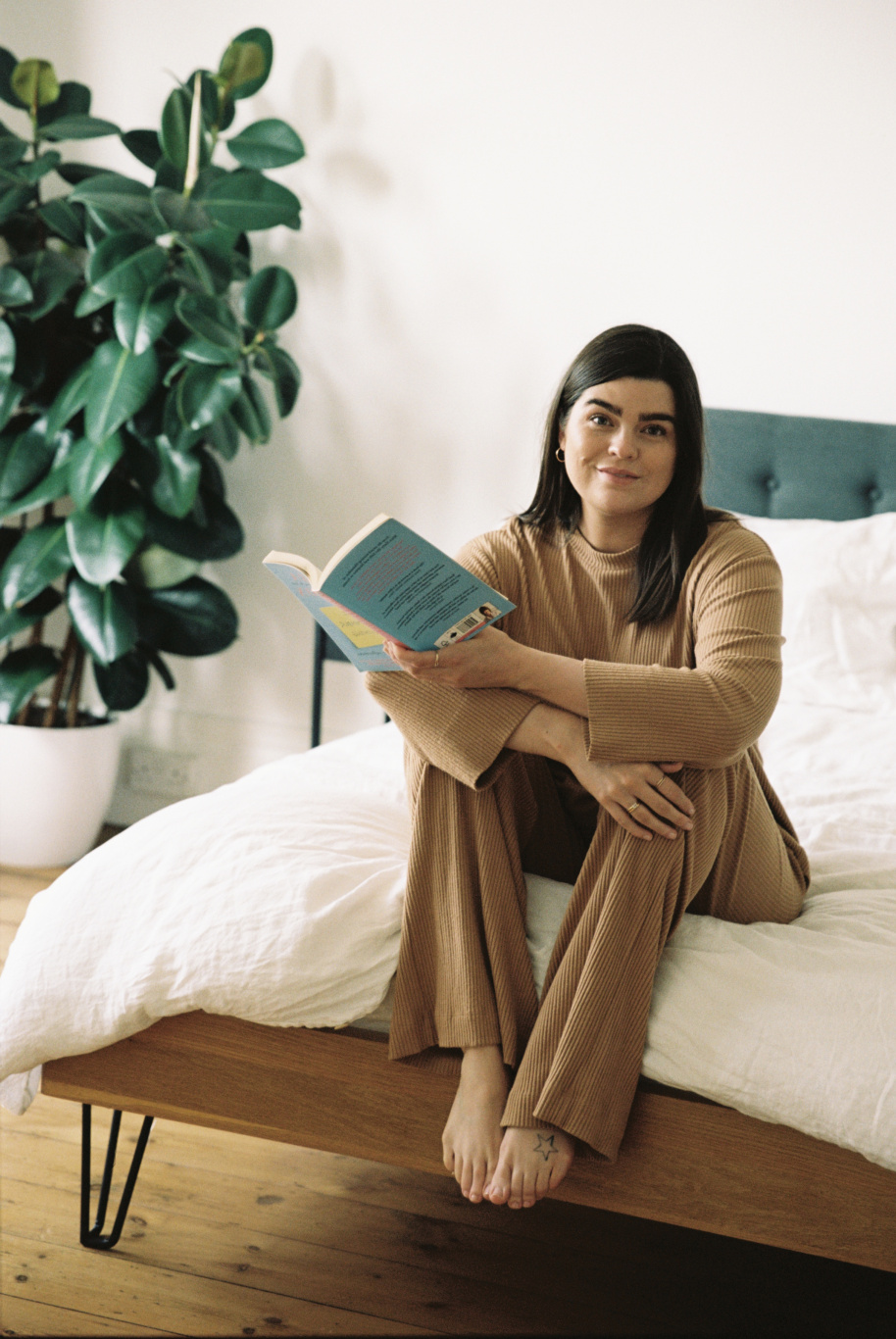 If you want a thriller… ‘The Guest List’ by Lucy Foley*. This book seems like a bit of a marmite one, either receiving glowing reviews or not-so-favourable ones. Personally, I fall into the former camp and enjoyed this page-turning thriller that tells the story of a couple getting married on a remote island and the twists and turns that tell the histories of how their guests are intertwined. A sort of easy-read thriller that’s a good one to kickstart you back into reading.

If you want a page-turner… ‘A Ladder to The Sky’ by John Boyne*. I just really love books by Boyne. He’s a brilliant story-teller and this one is almost part historical, part character study and part thriller. I almost don’t want to say too much because it will give it away, but I really loved it and it’s been one of my few five-star reads of the year so far.

If you want a read with an E.N.D.I.N.G and a half… ‘When No One Is Watching’ by Alyssa Cole*. Following the story of gentrification in a Brooklyn neighbourhood, it’s a slow-build but trust me you have no idea where this one is going. A great mix of social commentary, with grief, romance and paranoia weaved in.

If you want to go deep... ‘Transcendent Kingdom’ by Yaa Gyasi*. ‘Homegoing‘* by Gyasi was one of my favourite books from last year and her follow-up is brilliant too. A look at balancing religion and science and an exploration of the immigrant experience and mental health. It’s one of those books that really stays with you, long after you’ve turned the final page. 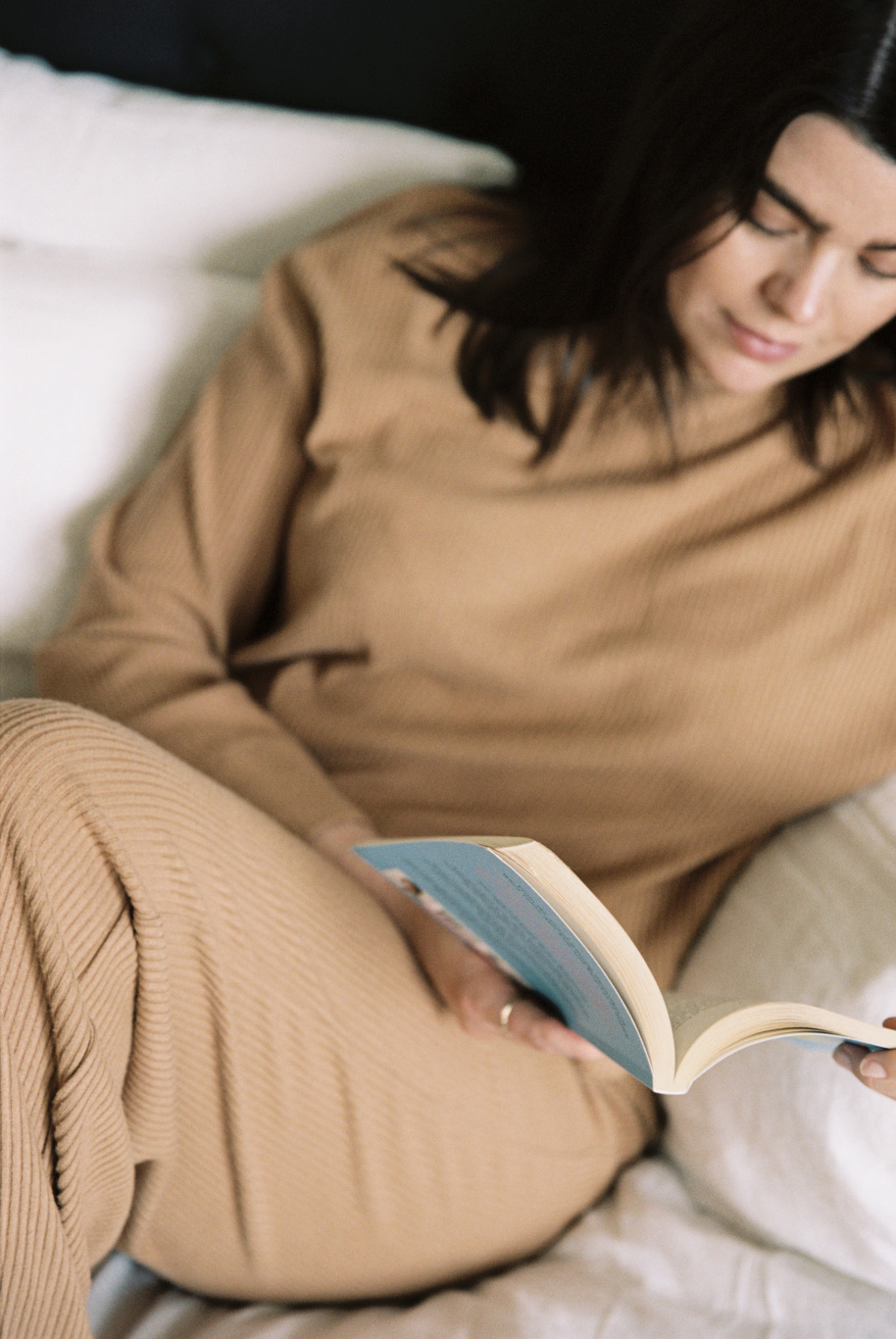 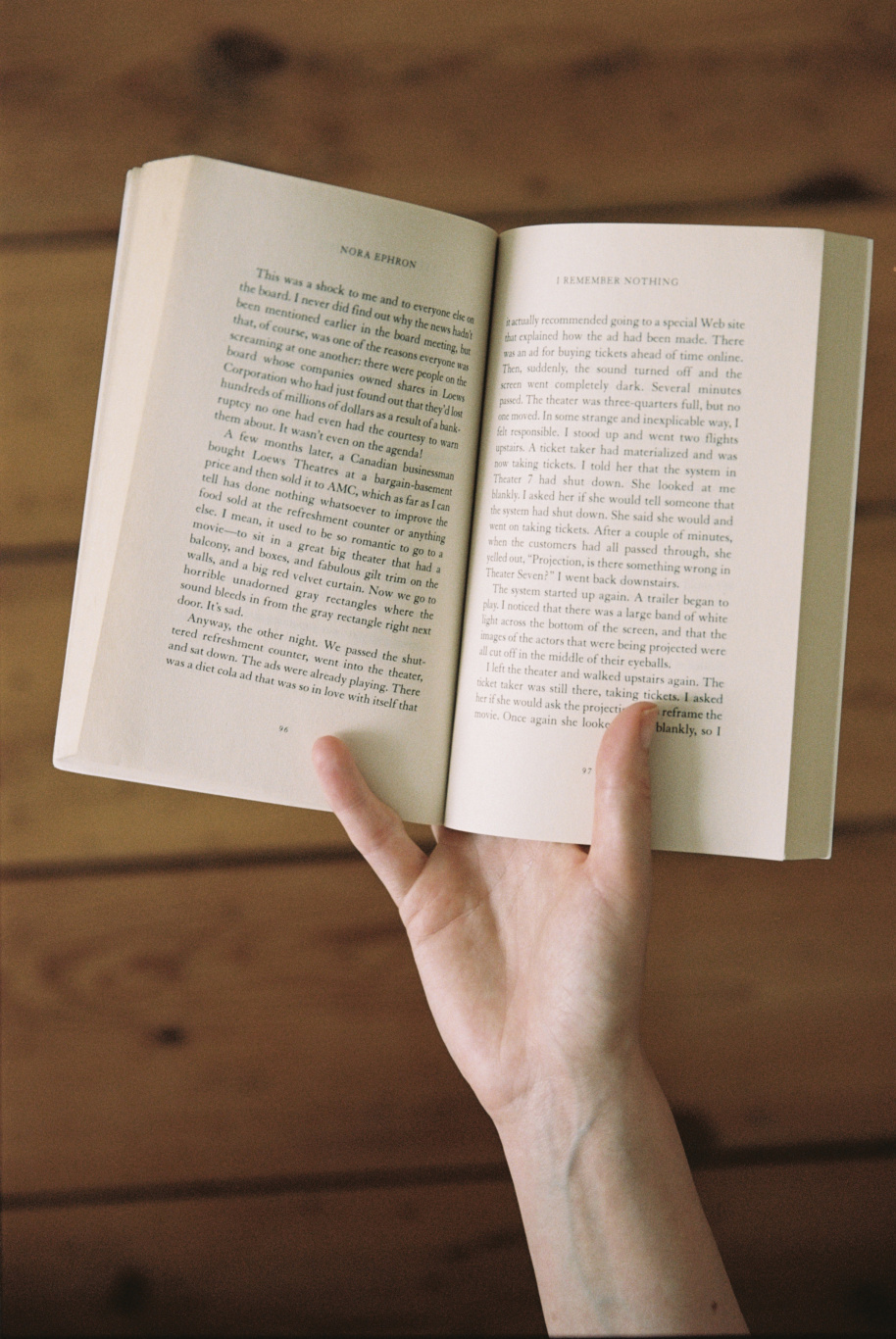 ‘The Midnight Library’ by Matt Haig*. This was BY FAR your most recommended book! It really sounds like the uplifting book about life and all it’s possibilities that we *need* right now. Telling the story and exploring the idea of ‘What goes into a life well lived?‘, I’m adding it to my list for sure.

‘Shuggie Bain’ by Douglas Stuart*. I’d say this was the second-most recommended book that you lot gave and it was the winner of the Booker Prize last year, so there you go! An epic portrayal of a working class family and the story of addiction and sexuality; a lot of you said that this was a tough read, but one well worth digging into.

‘Pachinko’ by Min Jin Lee*. We’re currently reading this as part of our The Edit Book Club, and it looks like loads of you have read it recently too. I am LOVING it. Pachinko is a story of love, sacrifice, ambition, and loyalty. From bustling street markets to the halls of Japan’s finest universities to the pachinko parlours of the criminal underworld, Lee’s complex and passionate characters — strong, stubborn women, devoted sisters and sons, fathers shaken by moral crisis — survive and thrive against the indifferent arc of history – taken from Goodreads.

‘Blood Orange; by Harriet Tyce*. Ooooh this sounds right up my street – a thriller for fans of ‘Gone Girl*’? SOLD. So many of you said this was one of your favourite books from 2021 so far.

‘The Beekeeper of Aleppo’ by Christy Lefteri*. My friend Katie tearfully handed over this book months ago and said how FAB it was, so I think the push from you lot was just what I needed to pick it up finally. Goodreads says it’s the unforgettable love story of a mother blinded by loss and her husband who insists on their survival as they undertake the Syrian refugee trail to Europe.

‘Know My Name’ by Chanel Miller*. This is the memoir of Chanel Miller, or ‘Emily Doe’, as she was known during the Brock Turner Stamford Campus trial. Here she reclaims her identity to tell her story of trauma, transcendence, and the power of words. The reviews for this are amazing and it sounds like an incredibly powerful book – adding it to my reading list immediately.

‘Luster’ by Raven Leilani*. Loads of you are reading this at the moment and I’ve just recently read it too! Such a unique style of writing I thought. A darkly comic novel, it tells the story of a young Black New Yorker who finds herself entwined with a couple who have agreed to an open marriage.

‘Black Buck’ by Mateo Askaripour*. This came up a tonne, and although it looks like it’s not released in hardback in the U.K until May, it looks like it might be available for Kindle download. It’s the satirical debut novel about a young man given a shot at stardom as the lone Black salesman at a mysterious, cult-like, and wildly successful startup where nothing is as it seems – taken via Goodreads.

‘All The Light We Cannot See’ by Anthony Doerr*. I’ve had to this book in my periphery for yonks – my Uncle read it, who passed it on to my Aunty, who gave it to my Mum and now it’s on my bookshelf. It tells the story of a blind French girl and a German boy whose paths collide in occupied France as both try to survive the devastation of World War II.

‘They Can’t Kill Us All’ by Wesley Lowery*. Goodreads sums this up as ‘A deeply reported book that brings alive the quest for justice in the deaths of Michael Brown, Tamir Rice, and Freddie Gray, offering both unparalleled insight into the reality of police violence in America and an intimate, moving portrait of those working to end it’.

‘The Invisible Life of Addie LaRue’ by V.E Schwab*. ‘A life no one will be remember – a story you won’t forget‘ – ok, the tagline completely has me for this one. A woman makes a bargain to live forever, but be forgotten by everyone she meets. 300 years down the line, that changes…

‘Period Power’ by Maisie Hill*. A non-fiction, practical blueprint on what the hell happens to your hormones every month and how best to harness them in your everyday life. I personally find this stuff fascinating and I can imagine it’s the kind of book that gets constantly passed between friends.

‘Small Pleasures’ by Clare Chambers*. Another one that has made it onto the ‘Women’s Prize for Fiction 2021‘ list, there were some rave reviews in my DMs. Based in the late ’50’s in London it tells the story of a journalist approaching 40, who ends up investigating a story that turns her life upside down.

NOTE: There were so many that kept on cropping up that were some of my favourites that I read last year. So I’ll link up my blog post HERE where I spoke about every single book I read in 2020, so there’s even more book inspiration for you to scroll through.