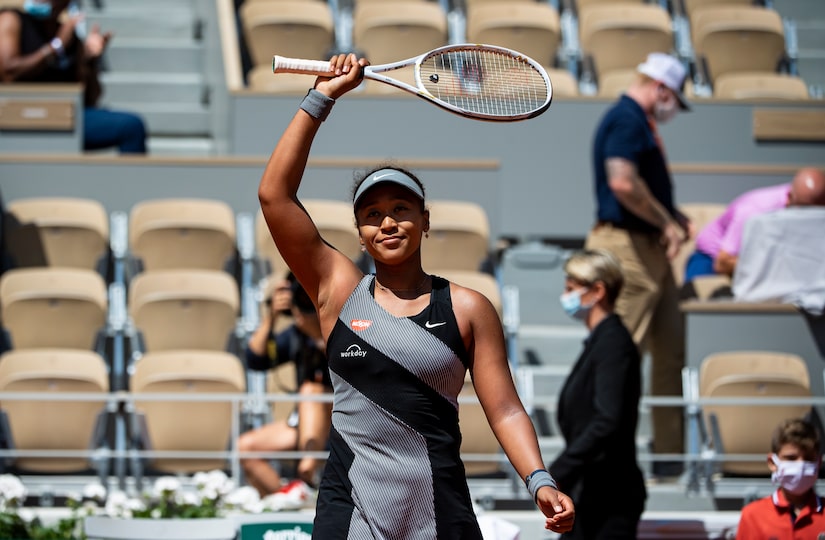 Tennis superstar Naomi Osaka has withdrawn from the 2021 French Open.

Over the weekend, Osaka explained why she was withdrawing, writing on Twitter, “I think now the best thing for the tournament, the other players and my wellbeing is that I withdraw so that everyone can get back to focusing on the tennis going on in Paris.”

Osaka revealed that she has struggled with bouts of depression and social anxiety since winning the U.S. Open in 2018. She shared, “I am not a natural public speaker and get huge waves of anxiety before I speak to the world’s media. I get really nervous and find it stressful to always try and engage and give [the media] the best answers I can.”

The four-time Grand Slam champion’s announcement came after she declined to participate in media interviews after the first round of the French Open.

In a statement, Gilles Moretton, president of the French Tennis Federation said, “First and foremost, we are sorry and sad for Naomi Osaka. The outcome of Naomi withdrawing from Roland Garros is unfortunate. We wish her the best and the quickest possible recovery and we look forward to having Naomi in our tournament next year. As all the Grand Slams, the WTA, the ATP and the ITF, we remain very committed to all athletes’ well-being and to continually improving all aspects of players’ experience in our tournaments including with the media like we have always tried to do.”

Following Osaka’s withdrawal, Serena Williams showed her support after her first-round match, saying, “I feel for Naomi. I feel like I wish I could give her a hug, because I know what it’s like. Everyone is different, and everyone handles things differently. You just have to let her handle it the way she wants to and the best way that she thinks she can, and that’s the only thing I can say, I think she’s doing the best that she can.”

Tennis legend and 18-time Grand Slam champion Martina Navratilova tweeted, “I am so sad about Naomi Osaka.I truly hope she will be ok. As athletes we are taught to take care of our body, and perhaps the mental & emotional aspect gets short shrift. This is about more than doing or not doing a press conference. Good luck Naomi- we are all pulling for you!”

You shouldnt ever have to make a decison like this-but so damn impressive taking the high road when the powers that be dont protect their own. major respect @naomiosaka https://t.co/OcRd95MqCn

Shouldn’t one’s athletic ability be the focus and what’s most important? @naomiosaka was clearly ready to play & had enough awareness of self to recognize her mental health challenges around the media. Mental health should be one’s first consideration. I’m proud of her✨🌸✨