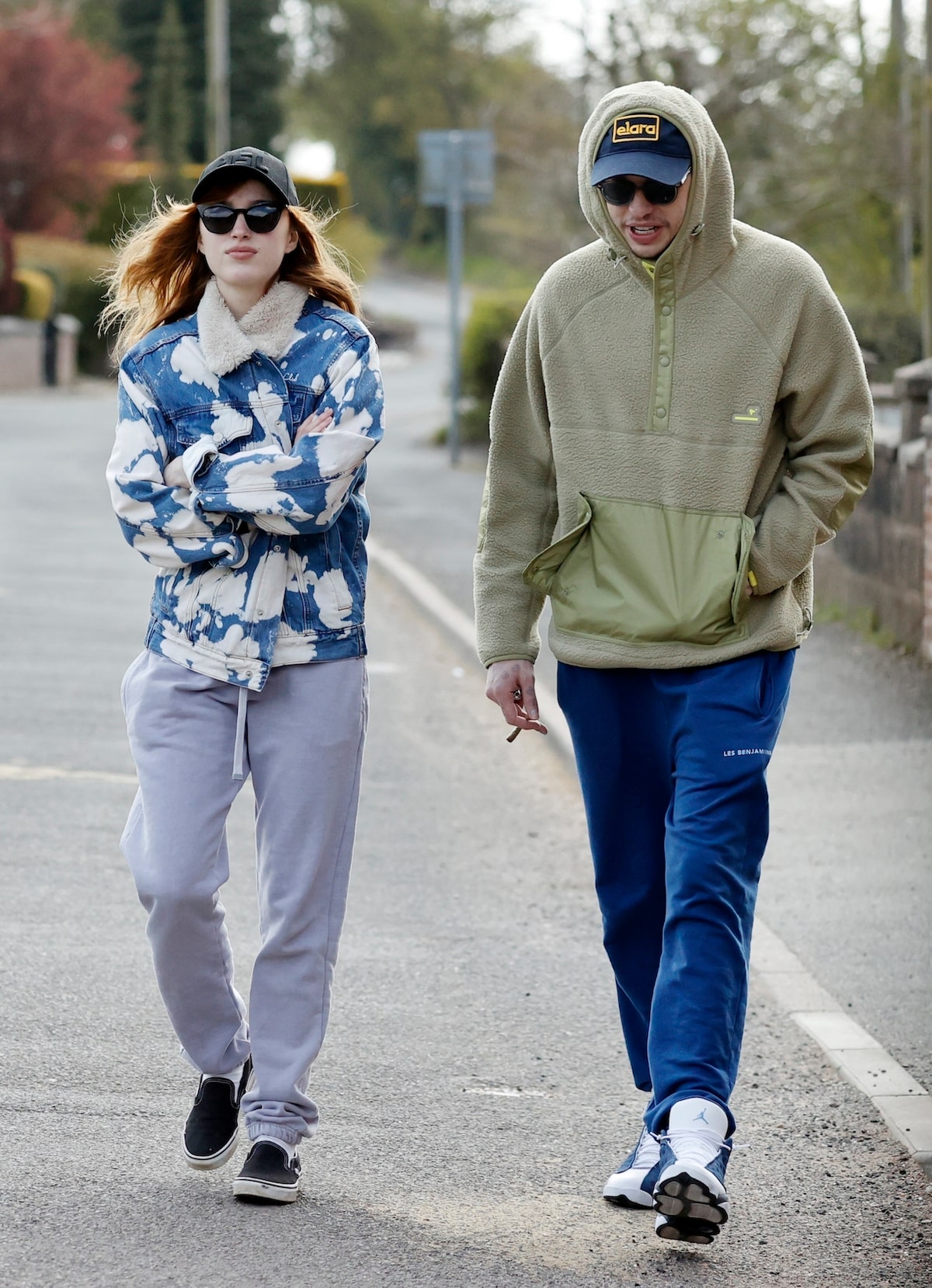 After weeks of romance rumors, the pair were spotted packing on the PDA while enjoying the countryside in Stoke-on-Trent in England.

At one point, they were photographed wrapping their arms around each other.

A source recently told People magazine that the two are “really into each other,” adding, “Pete is telling friends he’s serious about her.”

Earlier this month, Pete fueled more rumors after he told Marquette University students during a Zoom Q&A, “I’m with my celebrity crush.”

Their reps had declined to comment on the dating reports.

It looks like Pete and Phoebe have spent time with each other in both New York and England. In February, Phoebe enjoyed some time in Brooklyn. She posted a few pics, writing, “Grateful I got to be here for a hot sec.” She included a heart emoji.

Phoebe recently shut down rumors that she was dating her “Bridgerton” co-star Regé-Jean Page, who plays her love interest on the hit series. She told You magazine, “I’d love to say there was really something between us, but no, it has always been strictly professional.”