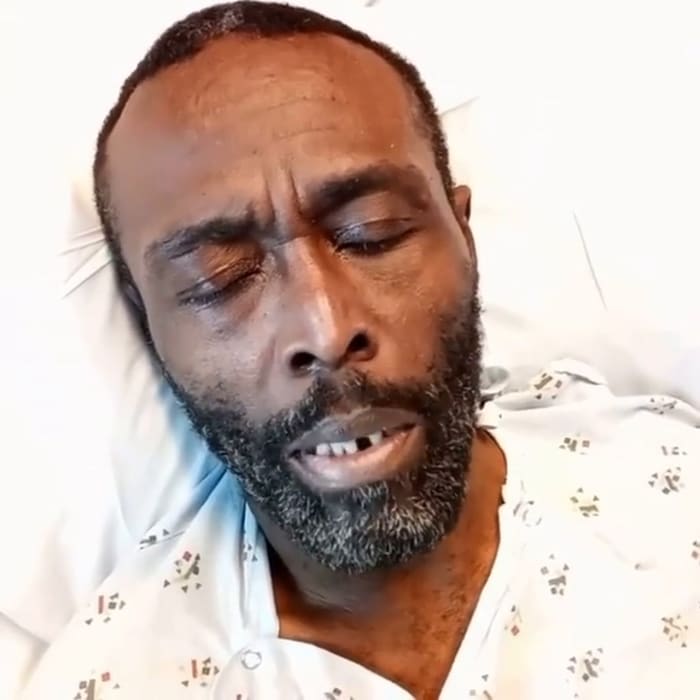 Last week, MTO News broke the news that New York rap legend Black Rob was rushed to the hospital, with respiratory problems. Black Rob was eventually released from the hospital – but now MTO News has learned that the former Bad Boy artist is telling fans just how bad things are for him.

In new audio, Black Rob explains to fans just how bad his health has gotten. The legend explained that he’s had 4 strokes in the past 5 years.

And it’s not just his health that’s in bad shape, the rapper’s finances are in shambles also. In the same audio, Black Rob can be heard saying that he “doesn’t hav ea house to live in.”

Black Rob was in the news again, after MTO News posted a video of him on his Instagram. His former manager DJ Self then added, “Let keep our prayers up Black Rob !!! Get well man Please people out there take care of yourself BR was one of the greats Had NY on his back like Whaooo.”

In the video, Black Rob says, “I don’t know, the pain is crazy, man. It’s helping me out though, it’s making me realize I got a lot to go.” He also spoke about rapper DMX who passed on April 9. He said: “I feel everything about X. X was positive. Love to X.”