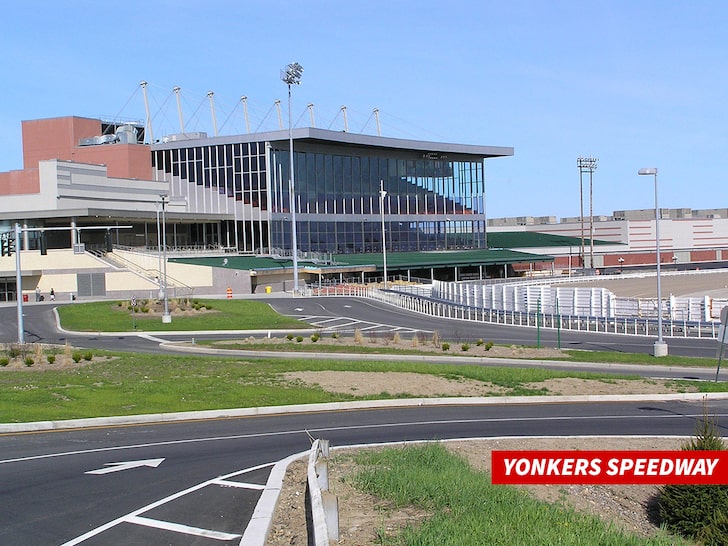 DMX could soon have a statue or a street named after him in his hometown … but first, the city of Yonkers, NY is welcoming the late rapper’s family to hold his memorial service there, if they so choose.

A source close to X’s family tells us there will be both a private and public memorial, and a meeting Monday to work to finalize possible plans, but Mayor Mike Spano tells TMZ … he’s in favor of DMX’s family holding the memorial service at Yonkers Raceway, the city’s largest outdoor venue, and wants to help make it happen.

Spano says X’s hometown wants to ease the burden on his family, and the door is wide open for them to use the grounds of the horse racing facility, if they want to do so.

Yonkers Raceway has a seating capacity of 7,500, but under the state’s COVID guidelines they’d be limited to 20 percent of that number. Mayor Spanos says it would be fitting for folks to say goodbye to an icon like X in the city where he was raised.

A rep for the raceway says they’ve not had any official requests to host a memorial, and haven’t had any large events since COVID-19 struck, but they’re currently operating at 25% capacity.

As you know, DMX died Friday after he was hospitalized in a coma for a week … following an overdose that cut off oxygen to his brain for about 30 minutes.

Regardless of where the family holds the memorial, we’re told Yonkers will honor DMX with a lasting gesture … Mayor Spanos says that might mean a statue like another famous Yonkers native, Ella Fitzgerald, or a street mural or street naming.

Of course, the Mayor says it will largely depend on what X’s family wants to do.

Bottom line … Yonkers wants to make sure DMX’s memory lives on in the city, so the next generation can be inspired.