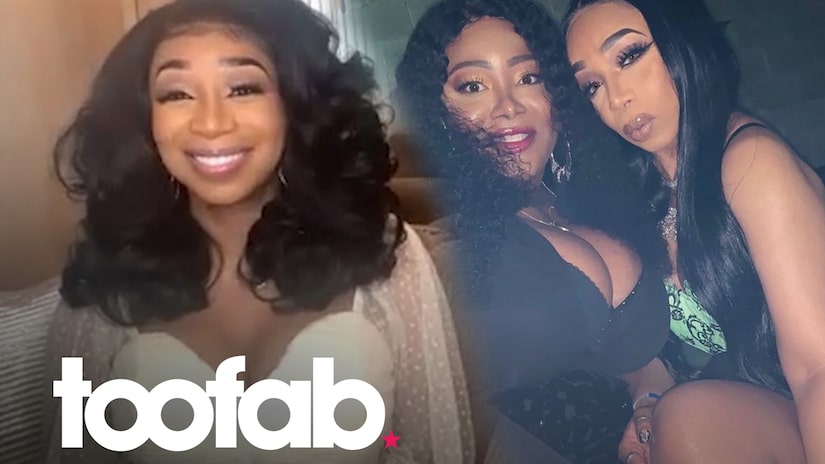 “I can listen now, and be more sensitive to the trans community.”

When Tiffany “New York” Pollard found herself under fire for transphobic comments earlier this year, one of the first people to reach out to her directly was friend and transgender social media star TS Madison.

Pollard has made regular appearances throughout the first season of “The TS Madison Experience,” a reality series on WE tv documenting the titular star’s journey to grow her empire and become the first Black, transgender woman with a talk show. New York tells TooFab she first became a fan of Madison thanks to the latter’s Queens Supreme Court series on YouTube — before they instantly clicked while attending the same event a few months later.

“The rest was history. We’ve just been really good friends ever since that night,” said Pollard. “I just love Madison so much, I’m gonna look corny right here, I don’t care.”

While Madison says the two are like “mirror images” of each other on the show, Pollard agreed — with one exception.

“Well, Madison’s ass is a lot better than mine … but, other than that, I think we both resonate with this huge heart. I really feel like Madison wants the best for everyone who she touches,” said Pollard. “It doesn’t matter if it’s a little child, or a fan in the audience. The one thing I’m just fascinated by — obviously, before the pandemic — I did a few club appearances with her and the way people receive her, it would drop their jaw. They really love her down and it’s like, ‘You give me so much hope and inspiration.’ The way people gravitate to her is just something to watch.”

As someone who shot to superstardom thanks to a string of reality TV shows herself, Pollard has enjoyed seeing Madison’s recent rise as well — thanks to both her WE tv series and appearances on the current season of “RuPaul’s Drag Race.”

“I literally feel like if Barbie had a mother, I would the mom and I’m so proud of my Barbie Madison graduating to such heights,” Pollard told TooFab. “She does ‘Drag Race’ two different episodes, and she’s doing so many other things as well, and to see her get to these different platforms and to see her own personal platform grow, I know she deserves it because there’s a lot of things she had to deal with. Different challenges that she didn’t see coming. For her to get to this point now, it’s like I just want to celebrate her and we all celebrating her! She’s just an amazing woman.” 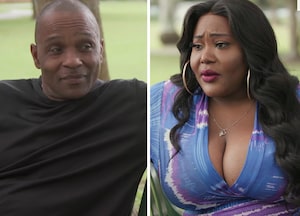 Madison’s show is just another recent example of trans creators having space to tell their stories — and the show has been a learning experience for not only the fans, but New York as well. Just two months before the show premiered, Pollard made headlines and was labeled transphobic for comments she made on the dating show “One Mo’ Chance,” in which she eliminated a cisgender woman after saying she looked like a man. The reality star later apologized, while Madison told the publication them that she called up Pollard and schooled her almost immediately after she saw the controversy.

Speaking with TooFab, Pollard said it’s “so important” to have a friend who could educate her, while also allowing her room for growth.

“The reason why now Madison can call me or say, ‘Hey! Oh my gosh, this is not gonna be good, sis,’ is because she knows my heart,” Pollard said of their conversation. “She knew, ‘Okay, I can’t throw Tiffany away because I really know Tiffany and Tiffany said something really crazy but the Tiffany I know wouldn’t wanna hurt a mosquito.’ I’m gonna fight to open up a window.”

“I would never want to hurt another sister. So, the thing was, she knew right away, ‘Okay, you didn’t mean it, but you gotta figure this out,'” she continued. “I just felt like I grew in that moment and I’m so much more aware and it’s important that we all do the work and know the things that we don’t know and make them a regular place in our heads so we’re not hurting anyone.”

The show as a whole has shined a light on the trans experience for many Black, transgender women in America. In one episode, Madison and Pollard are even seen talking about the continued murders of trans women and stressed the importance of including trans women in the Black Lives Matter movement.

Being part of the show, Pollard says, has made her more aware “of the struggles that trans women face that I was not privy to.”

“I just didn’t know, and to be around her, to listen to her, and to see how, even though that these things exist, she is still gonna persevere and push through,” Pollard continued. “It’s just such an admirable place and she’s taught me so much and I’ve grown being around her and become a better person. I can listen now, and be more sensitive to the trans community.”

The finale of “The TS Madison Experience” airs tonight on WE tv.