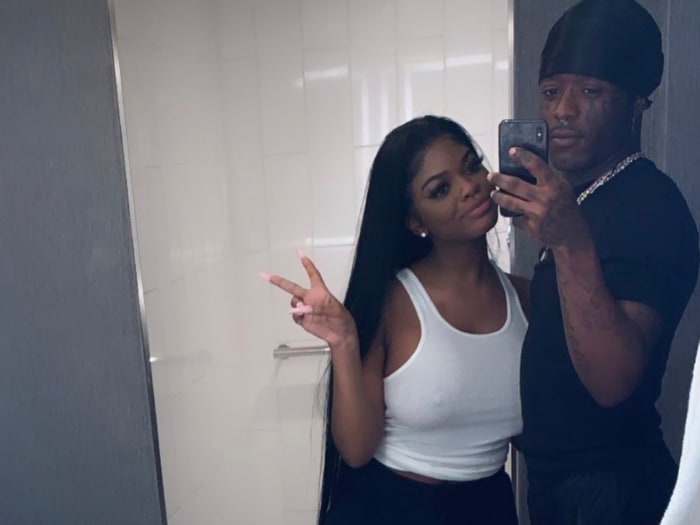 Rapper Lil Uzi and JT from the City Girls are one of the hottest couples in hip hop,. But MTO News has learned that UZI may have been trying to step out on JT, with her best friend Yung Miami’s sister.

And it was Yung Miami’s sister that put the attempted affair on BLAST.

According to Yung Miami’s sister, Lil Uzi slid into her DMs and tried to hook up with her. She claims that Uzi was doing this behind his girlfriend JT’s back.

And she provided evidence. The pretty sister showed DMs, where Uzi was leaving hearts and trying to get her attention. The posts were allegedly done behind JT’s back:

JT immediately responded to the allegations. JT claimed that Yung Miami’s sister was “lying” and that she “photoshopped” the DMs to embarrass Uzi. Look:

But Yung Miami clapped back – saying that the messages are real, and that JT’s man is a cheater. She also pointed out that she helped raise JT, when she was a child: