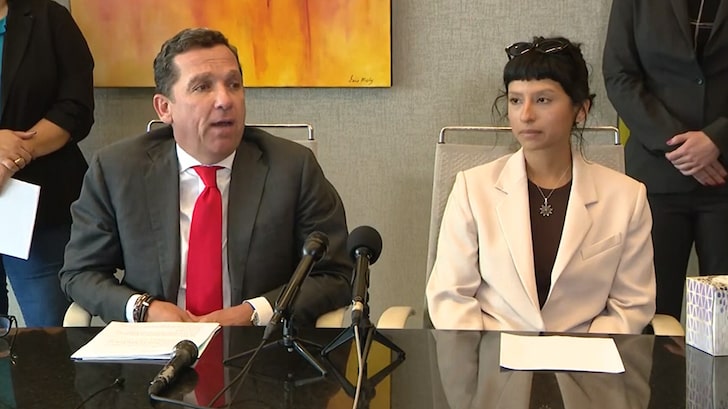 Nike — one of the largest sports apparel companies in the world — has “suspended” its relationship with Deshaun Watson amid the investigation into sexual misconduct.

“We are deeply concerned by the disturbing allegations and have suspended Deshaun Watson,” Nike said in a statement released Wednesday morning.

“We will continue to closely monitor the situation.”

Watson has been with Nike since 2017 — the year he entered the NFL Draft.

The bombshell news comes one day after the QB’s first accuser came forward at a news conference and revealed her identity.

Ashley Solis says she was the first woman to file a lawsuit against the Houston Texans superstar, accusing him of sexual misconduct during what was supposed to be a routine massage therapy treatment.

“I’m a survivor of assault and harassment. Deshaun Watson is my assaulter and my harasser,” she said Tuesday while sitting next to her attorney Tony Buzbee.

“I hope [Watson] knows how much pain he’s inflicted on me physically and emotionally,” Solis says.

20 other women have also filed lawsuits against Watson alleging he engaged in similar behavior while getting a massage.

Watson has denied the allegations — claiming the women are lying in an effort to shake him down for money.

The Houston PD announced this week it has launched a criminal investigation into the allegations — but so far, Watson has not been charged with a crime.