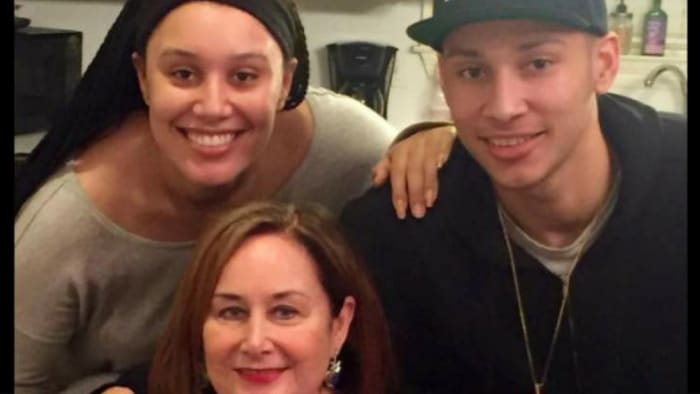 NBA superstar Ben Simmons’ sister Liv just made an explosive allegation – that one of her brother’s allegedly molested her. Liv didn’t reveal which brother allegedly sexually assaulted her, but it appears that her attacker was NOT her NBA superstar brother.

Liv referred to her attacker as a “half-brother,” and she and Ben are full siblings.

In the disturbing tweets, Liv described being attacked as a child. She also explains that as a result of the abuse, her uterus was damaged. Liv claims that she had to undergo multiple surgeries to fix it.

Ben and Liv grew up in a blended Australian family. Ben’s father, Dave, is an African-American professional basketball player who spent thirteen seasons in the Australian National Basketball League, including the Melbourne Tigers.

Ben’s mother, Julie Simmons, is a white Australian. She was a cheerleader for the Melbourne Tigers; that’s when the two met.

Julie and Dave got married and had two children together, Liv and Ben. His mother, Julie, had four children from her previous marriage.

It’s not clear whether their father had any other children, from either previous or post-marital relationships.

Liv has been suffering for years, She’s been diagnosed as having bipolar disorder and is working through those ramifications.

Here are some pics of Liv: