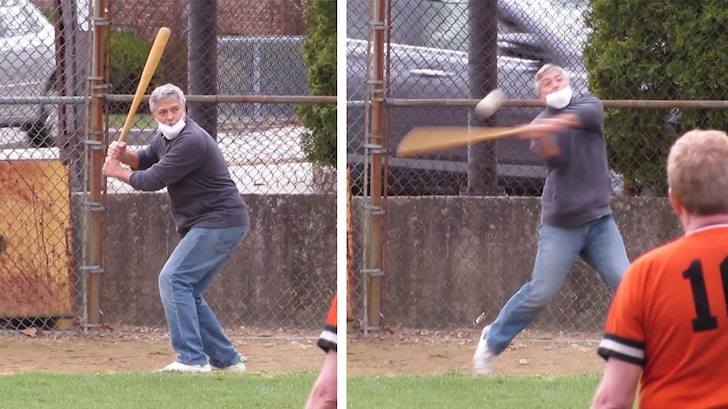 George Clooney stepped into the batter’s box in between takes on the set of his new movie, taking hacks while Ben Affleck tried shagging balls in the outfield … and for one of them, it didn’t go so smoothly.

George took a break from directing “The Tender Bar” Wednesday in Boston for a little batting practice on the softball field where they were filming … and he was swinging for the fences.

The Red Sox probably won’t come calling if any of their scouts see this video, but at least George makes contact and looks like he’s having a helluva time. 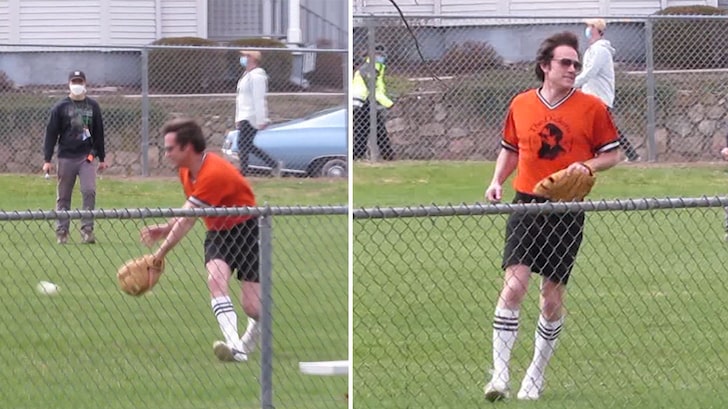 After struggling in the field, Ben took the mound while the cameras were rolling. As you can see, his orange softball uniform reads, “The Dickens,” the name of the bar where his character works in the film.

Check out the videos … lotta star power, even if the action isn’t exactly All-Star caliber.