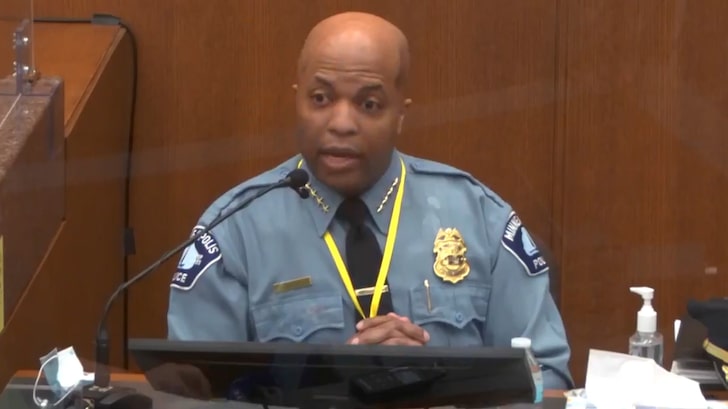 Minneapolis Police Chief Medaria Arradondo took the stand in Chauvin’s murder trial Monday, answering questions from the prosecution about Chauvin’s actions during Floyd’s arrest and why they run contrary to police values and training. 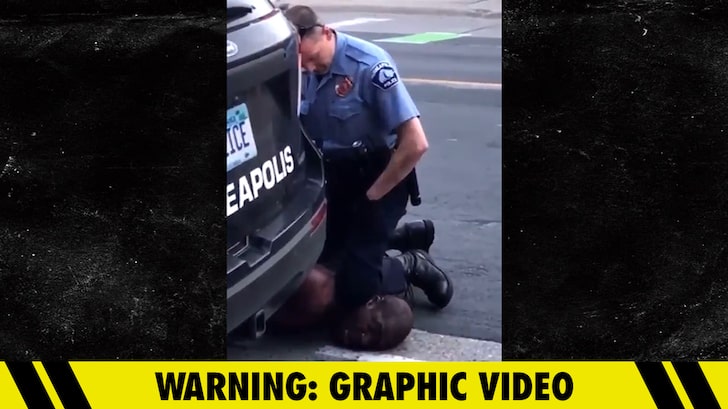 The prosecution presented Arradon with the lasting image of Floyd’s arrest — George’s face on the pavement with Chauvin’s knee pressed on his neck — and the police chief explains why, in his view, Chauvin violated department policy regarding de-escalation, sanctity of life principles and the use of reasonable force.

Chief Arradondo makes it clear, the way Chauvin pinned his knee to Floyd’s neck isn’t something Chauvin learned at the police academy.”

Check out the testimony … not exactly a glowing performance review for Chauvin.