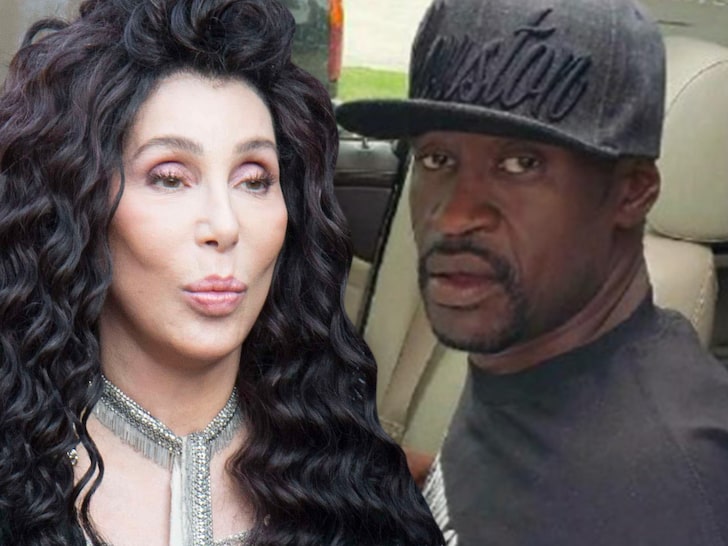 Cher is not backing down from a comment that got her dragged online … that George Floyd might be alive if she’d have been there.

The 74-year-old singer had first tweeted, “Was talking with Mom & She Said ‘I Watched Trial Of Policeman Who Killed George Floyd, & Cried … I Said ‘Mom,I Know This Is Gonna Sound CRAZY, But.. I Kept Thinking … Maybe If I’d Been There, … I Could’ve Helped.” 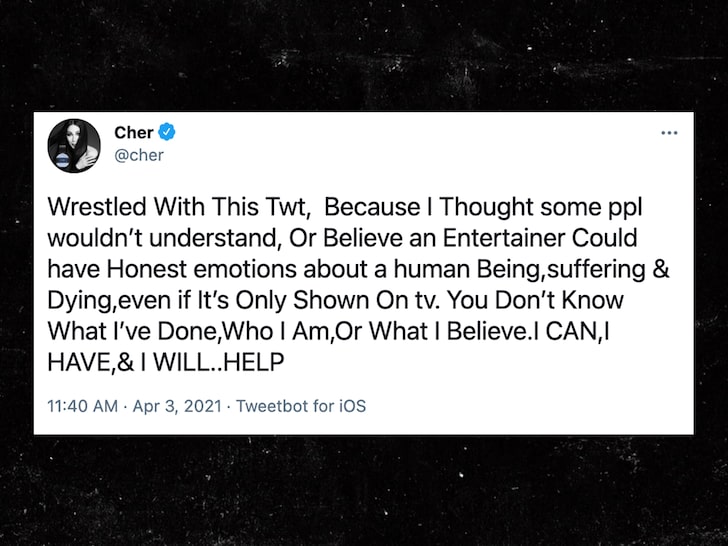 Cher was not silenced, and posted again, saying, “Wrestled With This Twt,  Because I Thought some ppl wouldn’t understand, Or Believe an Entertainer Could have Honest emotions about a human Being,suffering & Dying,even if It’s Only Shown On tv. You Don’t Know What I’ve Done,Who I Am,Or What I Believe.I CAN,I HAVE,& I WILL..HELP” 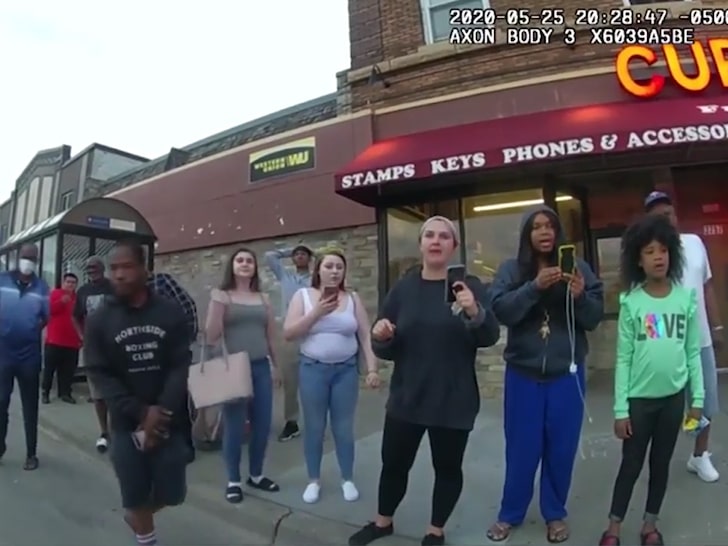 What’s unclear … even if Cher truly believes she would have stepped in, exactly what would she have done with multiple officers there who were clearly keeping the crowd at bay as Derek Chauvin had his knee planted on George Floyd’s neck?

Cher seemed to absorb the criticism, adding, “I Just got off phone With Friend Karen.Told her what Happened,& Realized,You Can Piss Ppl Off,& Hurt Them By Not Knowing Everything That’s”NOT Appropriate”To Say.I know Ppl Apologize When They’re In a Jam,BUTRaised back of handTO GODFolded hands,IM TRULY SORRY If I Upset AnyOne In Blk Community.I Know My (heart)”

Her heart’s in the right place, but maybe she should have used a pseudonym for her friend.