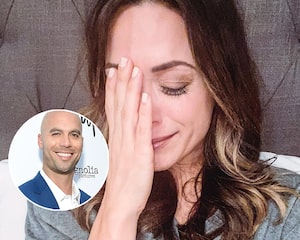 The two were only married for 12 days — but remain friends to this day.

Johnathon Schaech took a trip down memory lane this week, after his son came across a photo from his short-lived marriage to Jana Kramer.

The “Legends of Tomorrow” star and “One Tree Hill” alum tied the knot in 2010, but announced their split just one month later. The date of separation on the divorce docs was just 12 days after the wedding.

I had to explain this photo to my son today. I told him I’ve been married three times. But I got it right when I married his mother. @kramergirl and I lasted a week. We weren’t meant but for this photo and friendship. pic.twitter.com/S0xA1qPOm6

“I had to explain this photo to my son today,” Schaech wrote on Wednesday, alongside a photo from the nuptials. “I told him I’ve been married three times. But I got it right when I married his mother. @kramergirl and I lasted a week. We weren’t meant but for this photo and friendship.”

When one follower replied to the photo saying, “It’s still a cute picture. I hope you have nice memories of that day,” he responded with a simple, “Nope.” He later shared some lyrics from a Kip Moore song, writing, “Life’s a lonely, winding ride Better have the right one by your side And happiness don’t drag its feet And time moves faster than you think.”

He went on to make it clear he didn’t go out of his way to show the photo to his 7-year-old son, Camden, but the boy simply found it while on his dad’s iPad. He also said the kid “sees [Jana] and [husband Mike Caussin] all the time” — and said the only “awkward” thing about the situation are the “pics of us all moving to Nashville the same day / on the same flight.”

“My wife @JulsSolomon and @kramergirl are best friends,” he added, “Mike and I are brothers.”

Schaech has made it a point to never speak ill of his ex wives — both Jana and Christina Applegate — on social media. In a Reddit AMA from December 2017, he was asked about both of them and only sent praise.

“Jana Kramer and I had a wedding but we were never married. It simply came down to this. She wasn’t ready to be married. She wanted a singing career and that was what she was focused on,” he wrote at the time.

“So when Camden googles my name in five years — wikipedia will show my past relationships. He won’t see any gossip on either one. Jana or Christina,” he added. “Just that I was a little bit country with Jana and a little bit rock and roll with Christina!!! And that it all worked out for the best.”

Kramer married Caussin in 2015 and the two share two children together. Applegate, to whom Schaech was married from 2001-2007, later married Martyn LeNoble in 2013 and they share a daughter. Schaech, meanwhile, married Julie Solomon in 2013 and, in addition to son Camden, are also parents to 9-month old daughter Lillian. 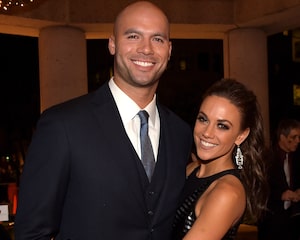