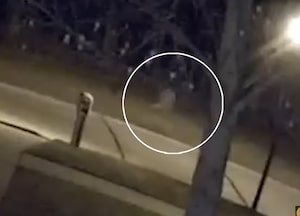 “That there’s a portal to hell”

A hotel guest caused quite a spooky stir when she posted a pic of a “creepy” light shining from her room’s bathtub drain.

The eerie photograph was shared to the Facebook group “Things Found in Walls – And Other Hidden Findings” on Wednesday by Shevi Reback with the caption “I’m in a hotel and I just noticed that the bath drain has a light coming from it. What could it be?”

Members of the group tried to explain the round drain emanating a fiery orange glow after it racked up over 5,000 views in a single day.

And most gave rather cheeky clarifications.

“That there’s a portal to hell,” wrote one, as another suggested something similar, adding, “That’s the pipe that leads to the mains water in hell. When the tortured souls get super dehydrated the demons let them drink people’s dirty bathwater.”

Some even referenced the horror film “It” adapted from Stephen King’s novel. 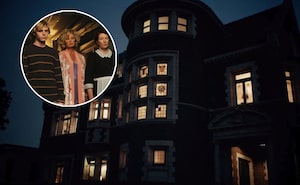 “Well, even Penny wise needs a light or two in his crib,” joked one fan, as another quipped, “Uh dunno, but if someone down there asks if you’d like a balloon, just say no.”

Others were more pragmatic with their answers to Reback’s inquiry.

“Most hotels have a chase between the rooms where all the mechanical systems are exposed so they can be maintained. If the trap in the tub is plastic and the maintenance person left the light in the chase on, it will be visible in your room. That’s probably what’s happening here.”

Reback appeared to agree with theory, as she posted an update which read, “wow, this post blew up. So from some of the comments, it seems that it’s from translucent plumbing and the light in the maintenance corridor being on. I hope that’s the reason 😬”

“If you open it up there’s a pole that slides down & thats how lil nas got into hell,” wrote a Facebook commentator, referencing the rapper’s latest music video for “Montero (Call Me By Your Name).” 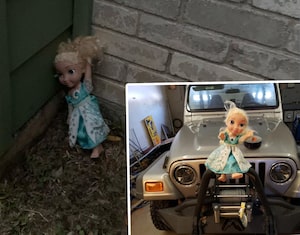