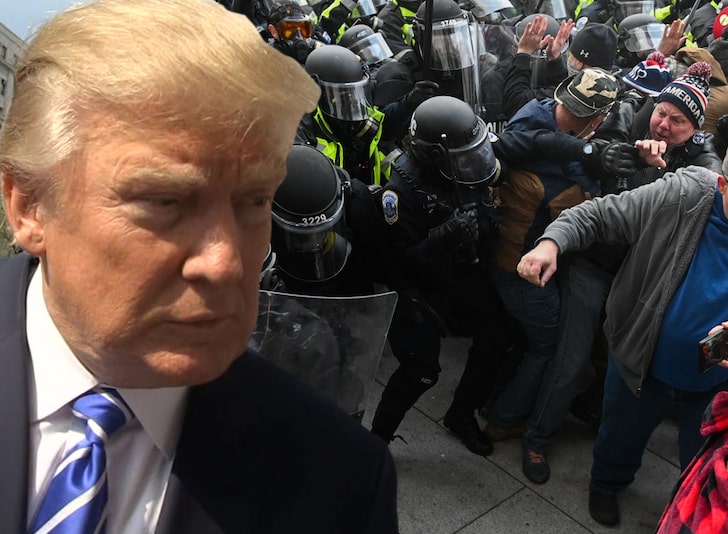 Donald Trump‘s being sued by 2 U.S. Capitol Police Officers who claim the ex-Prez “inflamed” the insurrectionist mob, which they say nearly led to their deaths on January 6.

James Blassingame, a 17-year veteran, and Sidney Hemby, an 11-year veteran, just filed a lawsuit against Trump claiming they suffered horrific injuries and they’re laying the blame squarely at his feet.

In the suit, the cops claim Trump incited the January 6 riot by getting his followers riled up about trying to overturn the results of the 2020 presidential election. 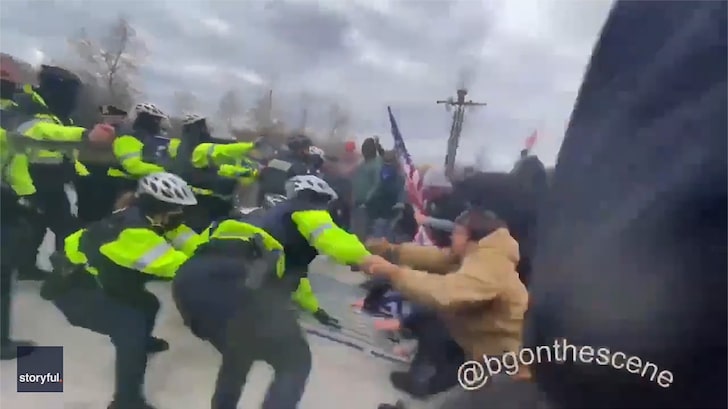 According to the docs, obtained by TMZ, Hemby says the riot resulted in him being “crushed against the doors on the east side” while “trying to hold the insurrectionists back.” He claims he suffered cuts and abrasions on his face, hands and body while the mob attacked.

Blassingame claims he was slammed against a stone column, injuring his spine and the back of his head. In addition to the physical attack, he says people were yelling and repeatedly calling him a n****r.

In the suit, Blassingame also says he’s “haunted by the memory of being attacked, and of the sensory impacts – the sights, sounds, smells and even tastes of the attack remain close to the surface.” He adds that he has survivor’s guilt because he was unable to help some of his fellow officers … some of whom lost their lives due to the insurrection. 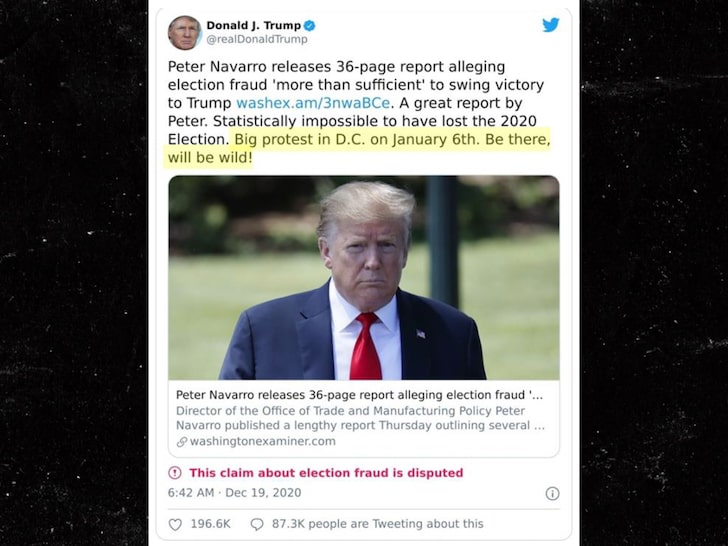 As for Trump’s responsibility for the attack … both officers point to his December 19 tweet where he said, “Big protest in D.C. on January 6th. Be there. Will be wild!” They assert that was a battle cry … “taken by many of [Trump’s] supporters as a literal call to arms.”

The officers are suing for unspecified damages for their physical injuries and emotional distress.