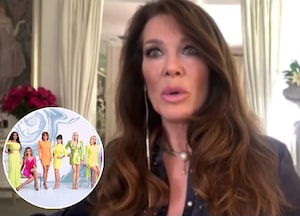 “She’s a known liar,” exclaimed Dodd amid a flurry of since-deleted tweets.

Kelly Dodd ferociously defended herself against allegations that she’s been banned from Lisa Vanderpump’s restaurants for dining and dashing.

LVP herself made the claim on her new E! series “Overserved,” telling guest Tori Spelling that the “Real Housewives of Orange County” star had eaten at Pump and “didn’t pay a bill.” The alleged incident went down in 2016, when Dodd was accused of arguing with a manager at the restaurant after her friends, including Vicki Gunvalson, left her with the tab. At the time, Dodd said she paid her portion of the bill and shared her receipt, something she resurfaced on Twitter over the weekend in response to Vanderpump’s televised claim.

“THIS IS A LIE. a) it was 6yrs ago. b) I was a guest of Vicki & her friends c) I paid my share & have the receipt & showed it back then on social media,” she tweeted and later deleted. “It was the others who didn’t pay! No wonder Villa Blanca went under. #RevisionistHistory.”

When one follower said, “Truth always comes out Kelly,” Dodd replied, “She’s a known liar ! That’s why she left BH.” That tweet is still up on her feed.

“Oh & by the way @LisaVanderpump your food sucks & so does your service,” Dodd wrote in another since-deleted tweet (via Reality Blurb). “Check your Yelp reviews. I wouldn’t come back anyway. I complained at the time and never went back. Why would I write about somewhere I never go?”

She also re-shared a photo of her receipt, showing she paid for her portion of the bill … before deleting that too. “HERE’S THE PROOF @LisaVanderpump Apology demanded! Sept 2016: The waiter didn’t like that I asked for a separate check & spread lies about me. I paid half plus a very generous tip & signed in my daughters name since we had a debit card together.” 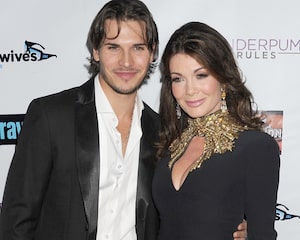 Lisa Vanderpump Says She Had an ‘Emotional Affair’ with Gleb Savchenko

“Gosh of course I was told there was a problem and you didn’t pay,” Vanderpump eventually tweeted in response to Dodd. “I was away but of course whatever you say … I apologize if there was such a fiasco and apologize on behalf of all my staff. Would love to host you.”

“Thanks for your apology,” Dodd replied. “I’m just confused why you’d say I was banned when in fact I was the subject of false and defamatory allegations and cleared this up five years ago. I’d appreciate a post on your feeds to clear this up.”

Vanderpump replied saying she heard the situation was “a complete fiasco” and apologized again, saying Dodd could be the “guest of honor” should she ever return. “It was a mix up and I apologize for all concerned.” 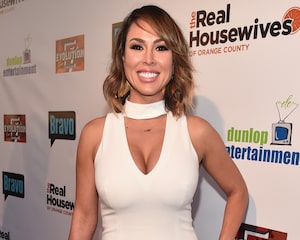 “Agh I see … anyway sorry for confusion,” LVP added after Dodd also wrote, “The receipts were saved in old text messages. I sent a photo of them to prove I didn’t dine and dash despite the accusation from a fame hungry server looking for attention.”

When Lance Bass’ husband Michael Turchin entered the replies to wonder why Dodd’s friends “didn’t pay the other half” of the bill, Lisa tried to stop the back and forth in its tracks, writing, “Nooo leave it be.” He did.