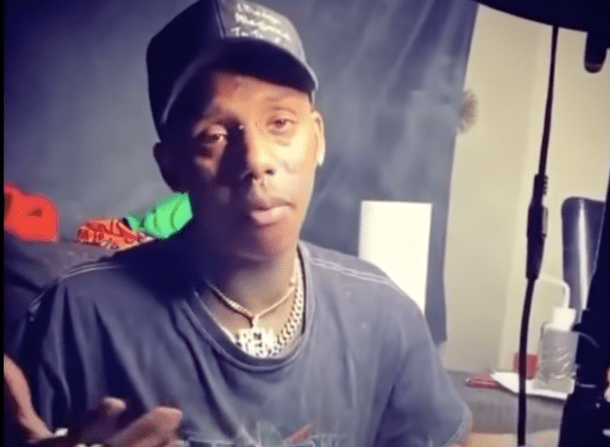 Famous Dex has been slapped with a total of 19 charges from three different incidents and could spend up to 18 years behind bars.

Two of the incidents were domestic violence charges against his ex-girlfriends.

Officers were called to his home in November for a domestic dispute with a woman. When they arrived, they found that the woman had cuts on her skin. Dex then allegedly made a barrier in the home with guns after hurting her. He’s been charged with domestic violence, weapon possession, dissuading a victim from reporting a crime, and defacing property for the incident.

The month prior, he allegedly hurt another woman. He’s been charged with corporal injury domestic violence, threatening a domestic partner, inflicting bodily injury, exhibiting a firearm, dissuading a victim from reporting a crime, defacing property, and illegal possession of a firearm.

Earlier this month, he was also arrested on weapons charges after cops found a loaded gun under his seat in a vehicle he was in. Dex was in the passenger seat, but a restraining order banned him from carrying a weapon.