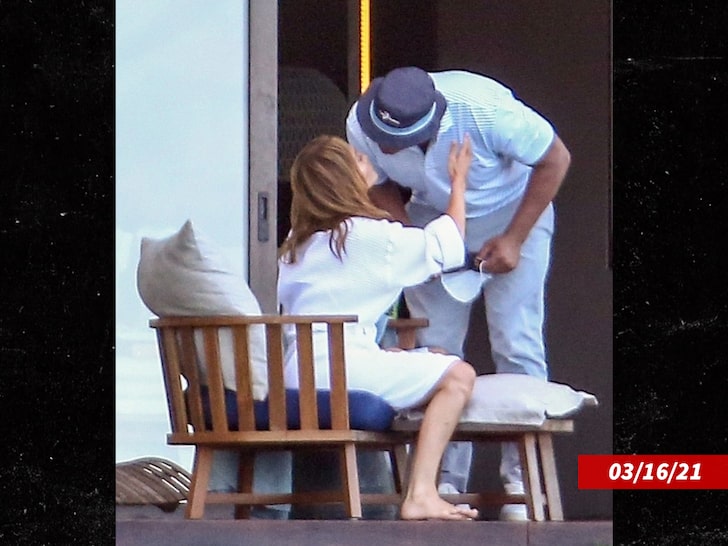 Jennifer Lopez sure seems to enjoy her kitchen, ’cause she’s stirring the pot on her relationship woes with an interesting song choice … from none other than an old flame.

J Lo posted some smoking videos of herself Sunday in a pool — apparently from down in the D.R., where she’s been shooting a movie lately. Ms. Lopez was vibing out in the water, knocking back what appears to be a mimosa and enjoying the “Sunday Mood.”

Of course, the music she chose as an overlay for this picturesque scene was telling … it’s Drake and DJ Khaled‘s 2020 track “Popstar,” to which she was dancing and feeling herself.

She captured herself with the chorus playing and part of Drake’s first verse — which is all about him enjoying the popstar lifestyle … AKA, living single, care-free and rich. It’s certainly interesting — and you could interpret it any number of ways coming from Jen.

On the one hand — it could just be a song she likes and wanted to post … with no other meaning attached. She is, after all, a pop star and lives a pretty ballin’ life. However, one can’t really ignore the Drizzy element here … because J Lo is kinda linked to him forever.

You might recall … they appeared to have a fling a few years back — at least that’s what they seemed to be communicating in some cozy photos, not to mention lyrics from Drake himself. It might’ve been all for show, but the public perception is that they hooked up.

Pair that with the fact Jen and A-Rod have been on a rocky road of late, and it makes you wonder what’s going through her mind. Alex was down there just last week and it looked like they were patching things up nicely, with the both of them planting kisses on the other.

We’re looking into whether A-Rod is still around in the D.R. at this point and where things stand between them. On the face of it though, it feels like a message is being sent.