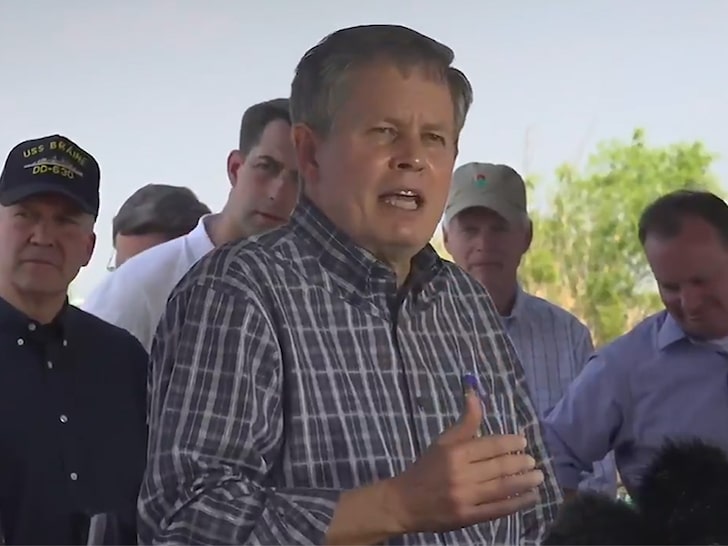 Senator Steve Daines seemed a little too nostalgic over what he described as homegrown American meth — which was apparently ruined when Mexican cartels started infiltrating.

The Montana legislator was one of 18 U.S. Senators who were down at the southern border this past week — surveying what they’re calling one of the biggest crises facing the country today … this in light of the fact President Biden hasn’t been down there himself just yet.

Sen. Steve Daines: “Twenty years ago in Montana, meth was homemade. It was homegrown. And you had purity levels less than 30%. Today the meth that is getting into Montana is Mexican cartel.” pic.twitter.com/Xtu1geaVxJ

Sen. Daines stepped to a podium Friday and delivered remarks about how the issue of illegal immigration — and the ramifications of that — have affected his state. In a bizarre train of thought, he said one of the hits Montana has taken from this is … more potent/fatal meth.

No, we’re not kidding … the guy appeared to be harkening back to a time in Montana when meth was American-made, and not nearly as strong as it is today, via Mexican drug lords.

It almost sounded like he was saying, “Remember good old-fashioned American meth?” That’s certainly the vibe, anyway — and you can even see some of his comrades chuckling behind him, including Sen. Mike Lee … who’s looking around with a major WTF face.

Republican senators arrive at a U.S.-Mexico border site in an armed boat. pic.twitter.com/FH0zR7wWYq

The Republicans down there now have been cruising along the Rio Grande River and putting on a big show at different border sites … claiming things are bad as the surge of migrants continues at a startling pace. The problem is certainly real, there’s no question about that … but their song and dance demonstration are a bit silly. They’re also kinda reveling in this visit a bit too much, we’d argue, taking photos of themselves in boats with bulletproof vests.

There’s also Ted Cruz‘s live, on-the-scene video … which has also made the rounds. He’s reporting from the banks of the Rio Grande, and claims to have seen Mexican cartels sneaking in with his own eyes — saying they heckled him as they passed.

Live footage from the banks of the Rio Grande.#BidenBorderCrisis pic.twitter.com/aO4EyANrRQ

If you think this is prime material for an ‘SNL’ skit, you’re probably right. There’s a new episode that airs tonight … and our money’s on them mocking all of this, especially the meth thing 😅