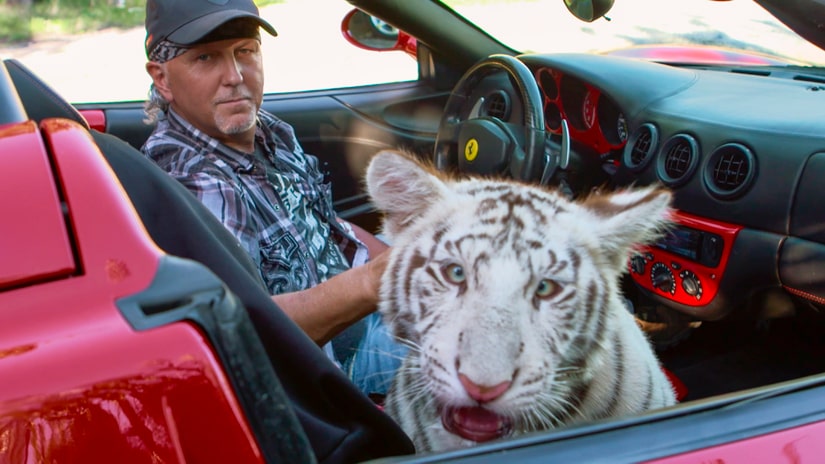 “Tiger King” star Jeff Lowe is on the mend after suffering a stroke earlier this month.

Lowe’s wife Lauren told TMZ that Lowe wasn’t breathing when she found him in the wee hours of March 18 at WinStar World Casino, where they were staying.

She immediately called 911, saying, “I thought he was dying in my arms.”

After the EMT arrived, it was determined that Lowe was suffering a stroke, so he was airlifted to a hospital in Denton, Texas.

Fortunately, the hospital staff was able to safe Jeff’s life and minimize the damage done by the stroke.

While he is now recovering at home, he is still having difficulty with speech and coordination.

It is still unknown what caused Jeff’s stroke.

Hours before his stroke, Lauren and Jeff went out for dinner, where they were approached by a man who she suspects spiked Jeff’s drink.

Despite the allegations, Jeff’s blood and urine samples were negative for commonly used drugs.

They have not reported their allegations to police.