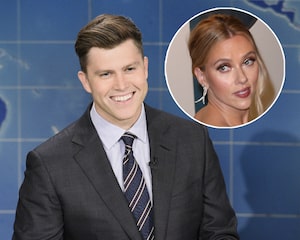 “You didn’t choose to be a politician, you’re an actor.”

Scarlett Johansson does not believe she has a responsibility to be a public role model.

In a lengthy interview with The Gentlewoman, the actress discussed what she perceives as pressure placed on film stars to voice their positions on certain issues — and why there shouldn’t be any.

“I don’t think actors have obligations to have a public role in society,” she said. “Some people want to, but the idea that you’re obligated to because you’re in the public eye is unfair.”

“You didn’t choose to be a politician, you’re an actor,” she continued. “Your job is to reflect our experience to ourselves; your job is to be a mirror for an audience, to be able to have an empathetic experience through art. That is what your job is.”

She insisted an audience should be able to engross themselves in a story or performance “whatever my political views are”.

“That’s my job. The other stuff is not my job.”

She added: “Of course, whatever you say, whether it’s politically correct or not, any statement you make, or how you live your life, people are obviously going to take issue with it. We judge each other all the time. We judge ourselves constantly.”

As the “Black Widow” star acknowledges, she has herself been attached to more than a few controversies; namely accepting roles in “Ghost in the Shell” and “Rub and Tug” (the last one she backed out of) — which many believed should have been reserved for Asian and transgender actors, respectively — as well as her continued support of frequent collaborator Woody Allen. 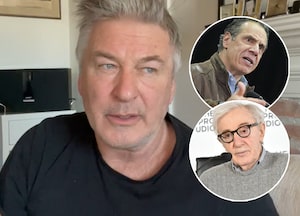 “Yeah,” she replied when asked about her attachment to controversy, “I’ve made a career out of it.”

With the extra and unwelcome scrutiny that comes with her profession, the 36-year-old insisted she has no plans to open herself up to even more by joining social media.

“I’m already anxious, I already have tons of friend guilt, I can’t ever stay in touch with people! How can I be more connected?” she said, adding that social media “creates this unrealistic sort of sense of ego.”

“I think people equate that connectivity to being self-aware. To me, it’s different from being self-aware. And reacting to everything that’s coming at them through this f—— thing” – she said gesturing to her iPhone — “your sense of reality is completely skewed.”

“It’s not normal to be that exposed. You can be exposed whenever you’re in the public eye, but to then be on the receiving end, like a raw nerve, of all this stuff back? It’s too much!” 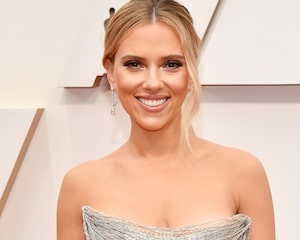 Scarlett Johansson & 9 Other Celebrities Who Have a Twin