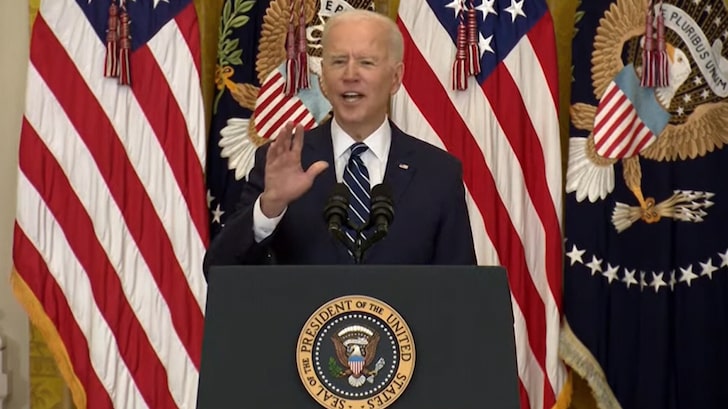 President Joe Biden plans on keeping his job for 8 years … because it’s his “expectation” to run for reelection in 2024.

It’s the first time Biden’s publicly stated that he plans to run again, though some of his close allies like Sen. Chris Coons have previously said that Joe’s up for the challenge.

But, the Prez is now on record, telling reporters Thursday at his news conference that he expects to be a 2-term POTUS … unlike his predecessor, Donald Trump.

Biden also gave props to Vice President Kamala Harris for doing a great job and called her a great partner, and says he expects her to be on his ticket again. He did hedge a little though … saying it’s hard to plan anything for certain 4 years out.

As for his predecessor … Biden delivered a couple jabs his way, but saved his biggest one for the Republican Party as a whole.