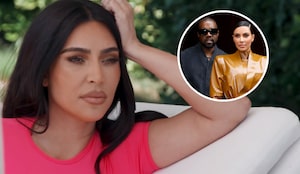 The women say E! originally passed on them, reveal what was hardest to navigate on camera and how much say they really have in the editing process.

Andy Cohen is taking a deep dive into the world of reality TV with his new docuseries “For Real: The Story of Reality TV,” which premiered Thursday with an episode all about “the OGs of celebreality.”

While shows like “The Anna Nicole Smith Show,” “The Osbournes,” “The Girls Next Door” and “The Simple Life” were all explored, the hour ended with a sit-down between Andy and the biggest family of them all: The Kardashians.

Kris Jenner and daughters Kim, Khloe and Kourtney Kardashian spilled some show secrets during the interview, with Kris saying it’s been a “crazy 14 years.” While the family is now one of the most-known in the entire world, they weren’t always considered a sure thing. According to Kim, “E! passed on us” initially, when she, Kourtney and Khloe were shopping a show with just the three of them.

“The Lohans were supposed to do a show and it got canned,” added Khloe, who said they were told, “You guys are filler … don’t get too comfortable, you’re just filler.”

Cohen then asked Kim whether she was really working as Paris Hilton’s “assistant” before making it big, a label she didn’t seem to enjoy. “I was really like a closet organizer,” she replied, “I see that a lot, but whatever. I was organizing her closet, it was a big job.” 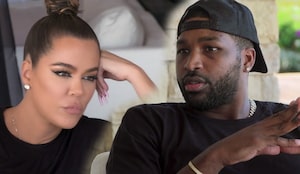 While she said she was happy for Hilton when “The Simple Life” premiered, Kim’s love for reality TV came from watching “The Real World” with another one of her friends. Kardashian said that she even dreamed of trying out for the show and planned to send MTV an audition tape.

Once their show took off, it was still a bit of a learning curve for the family — who picked up some very important lessons about the industry on the fly. “We didn’t realize that in other countries they didn’t have to blur nudity,” explained Kourtney, who said that while Khloe once flashing the cameras on a dare was censored in the states, “in other countries it wasn’t blurred, so her boobs were fully shown.”

For all of them, Caitlyn Jenner’s transition was probably the most difficult part of their life to have play out on camera. “It’s not our story to tell sometimes, from our perspective,” said Khloe.

“I feel like that was the hardest to navigate and the one we wanted to be extremely careful with,” added Kim, “because we wanted to make sure we understood everything and it wasn’t the most information available topic. That was tricky.” 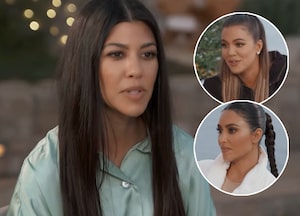 Though some things might be difficult, they all revealed that they do have some say over what makes air. When asked about their “creative input,” Kris confirmed they “look at it about 3 or 4 times, all the way through” and give notes.

“The last note that I gave, we self-filmed because we were in quarantine and one side was not my angle,” said Kim. “I said, ‘Hey, can you not use that side angle.'”

Andy also asked Kourtney if she felt she’s gotten an “unfair edit” on the show, despite being part of the process. “Yes. We fix it to the best that we can,” she said. “I know Kylie feels the same way as I do. It’s not only me.”

The chat ended with Cohen wondering whether Kris would ever be down to join “The Real Housewives of Beverly Hills” — she’d love to be “a guest” — and what they thought the show’s legacy would be.

“Family over everything,” said Kim. “At the start of the show, our first meeting was we wanted to make sure our heart came through and we didn’t leave every episode with drama. It was back to the family, back to heart.”

“For Real: The Story of Reality TV” airs Thursdays on E! 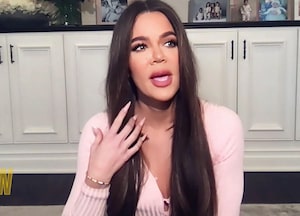 Kris Jenner’s Range Rover Once Caught on Fire at Hotel — And Khloe Was to Blame!