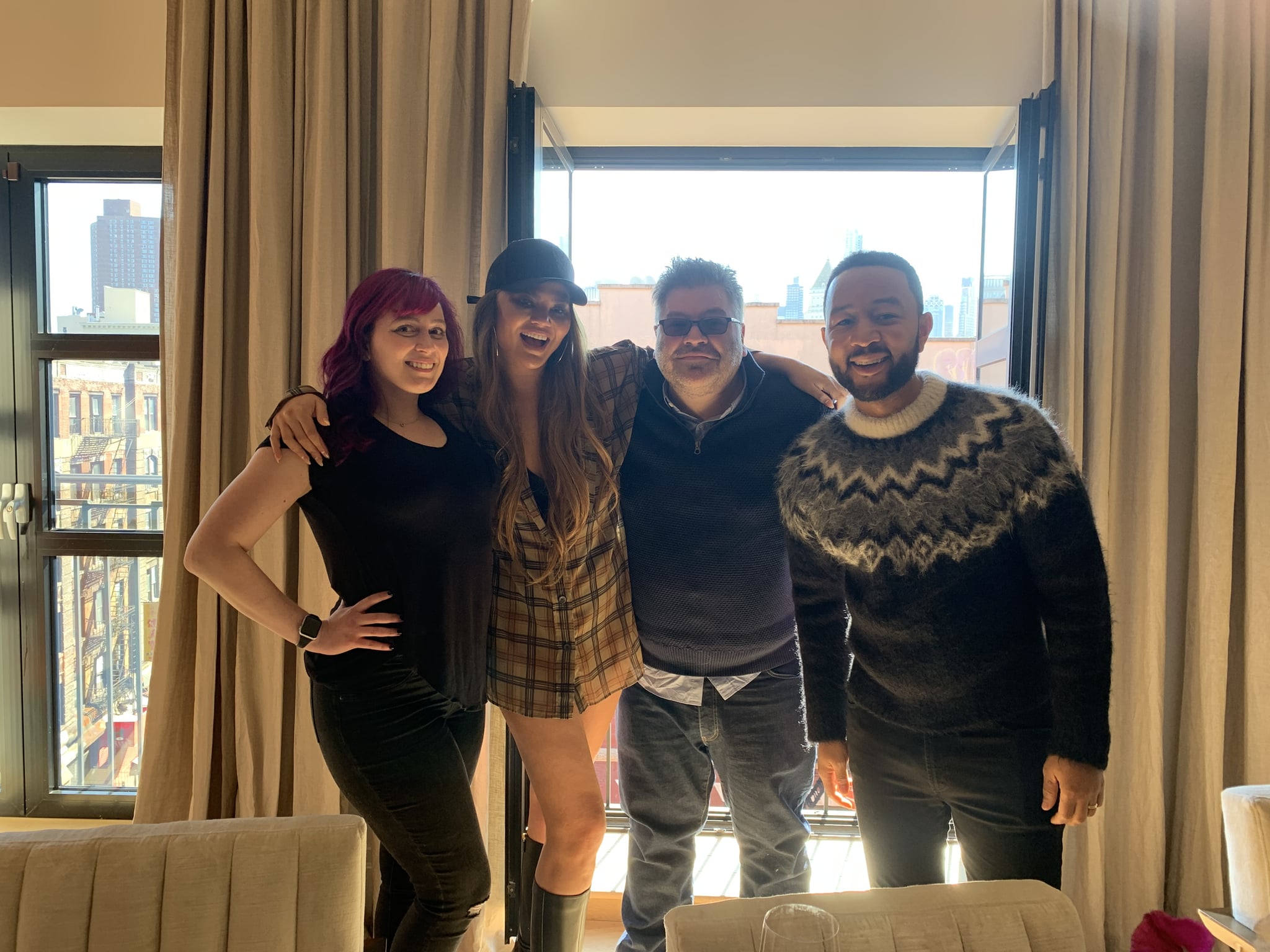 Chrissy Teigen is taking her love for true crime even further. The 35-year-old cookbook author will be cohosting a special episode of the popular True Crime Obsessed podcast alongside hosts Patrick Hinds and Gillian Pensavalle on March 25. In an exclusive clip of the upcoming episode, Chrissy is joined by John Legend as they debunk a wild conspiracy theory about them being part of the Illuminati.

“We are the most boring people on the planet!” Chrissy exclaimed, adding: “It started so long ago, like we were in Hong Kong and our plane turning back around was the root of it. . . . I tweeted through the whole thing because I was like, ‘This is amazing!’ And then it became, ‘Oh, Chrissy is being arrested finally.'” John then explained that there’s a theory floating around that all the stars that are part of the Illuminati are getting secretly arrested, so that’s how the rumor originated.

As a guest host, Chrissy will also talk about what it was like working as a hostess at Hooters, her most fascinating trip with John, and how True Crime Obsessed helped her through some recent hardships. Listen to the preview clip below ahead of the episode’s Thursday premiere.