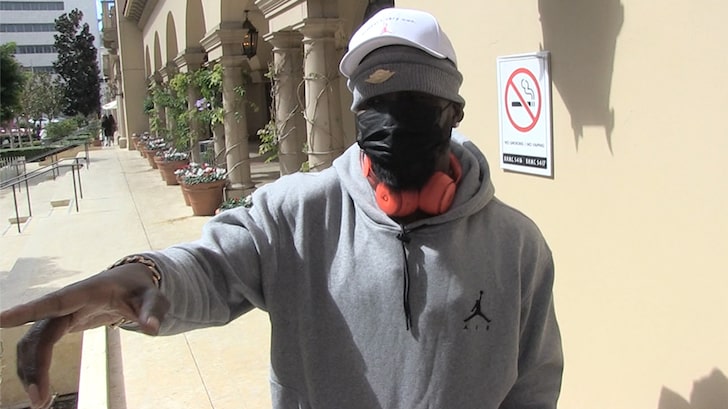 Dez Bryant says he’s still devastated by the death of ex-NFL star Vincent Jackson — and wants to do everything in his power to save other NFL players from suffering the same fate.

So, how can Dez help?

The 32-year-old wide receiver tells TMZ Sports he has a plan to become a mentor/life coach for struggling athletes … with a focus on tending to their mental health.

“Depression and anxiety, all that s**t is real, man,” Bryant told us during a recent outing in L.A.

“Look at Vincent Jackson and God rest his soul. Look at some of our brothers we’ve lost. These young brothers [are] in their early 30s, 40s … it don’t make sense.”

Jackson — a 3-time Pro Bowl WR who played 12 seasons in the NFL — died alone last month in a hotel room at the Homewood Suites in Brandon, FL.

Bryant believes he’s been blessed with a gift for identifying players struggling with mental illness and addiction — and wants to serve in a mentor role in order to get them the help and resources they need.