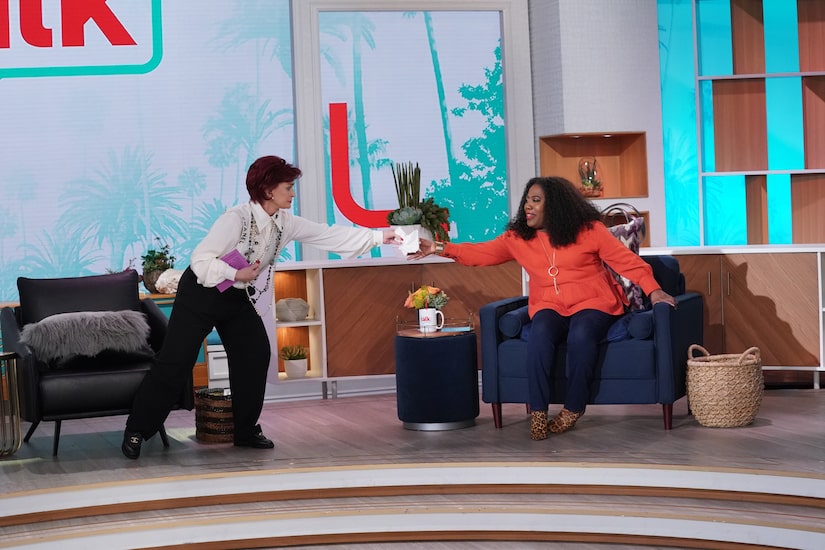 Last week, Sharon Osbourne and Sheryl Underwood got into it over the topic of racism on an episode of “The Talk.”

Osbourne was defending her friend Piers Morgan, who slammed Meghan Markle following her highly publicized interview with Oprah Winfrey. Morgan’s dismissal of Markle’s comments has been described as being racially insensitive, and led to him quitting “Good Morning Britain” after he was confronted on the air by the show’s weatherman, Alex Beresford, who called Morgan’s take on Markle “diabolical.”

Sharon demanded of Sheryl, “Tell me when you have heard [Morgan] say racist things. Educate me.”

Sheryl told Sharon, “He doesn’t want to understand how Meghan was treated was racism and then says… ‘I don’t see it as being racist, I don’t believe what she’s going through’ — it’s that white entitlement, privilege that makes it racist upon itself.”

“I feel like I’m about to be put in the electric chair because I have a friend who many people think is racist, so that makes me a racist,” Osbourne continued aggressively. “For me, at 68 years of age, to have to turn around and say, ‘I ain’t racist,’ what’s it got to do with me? How can I be racist about anybody or anything in my life?” 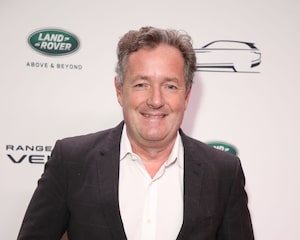 Osbourne has since apologized for her outburst. In a statement, she said, “There are very few things that hurt my heart more than racism so to feel associated with that spun me fast! I am not perfect, I am still learning like the rest of us & will continue to learn, listen and do better.”

Underwood has now shared her side of the story on her podcast “The World According to Sheryl,” saying, “I thought I was talking with colleagues, and I thought we were having a great conversation. It didn’t go so great, part of it.”

On the podcast, Sheryl shared her take on Sharon’s reaction to the conversation, saying, “The vibe for me was this was already forgiven and over as soon as it was said.”

Sheryl said she sensed “there was some anxiety” from Sharon after the intense conversation, but that she had her mind on other matters. She explained, “I do think there was some stress and everything, but for me, I was more, ‘Okay, I’ve got a certain amount of time to get to the dentist.’”

On the day that the debate happened, Sheryl was moderating since Carrie Ann Inaba was out sick. She said she was unaware of what Sharon was saying to her on a commercial break, noting, “During the commercial break, especially when you’re moderating, there are producers and technical people in your ear telling you what’s coming next.”

Following the episode, Osbourne asked Underwood to have a conversation about what happened. Sheryl didn’t go into detail or reveal if the conversation ever took place.

Underwood revealed she did what she could to “manage” how she was feeling. “I kept saying, ‘Sheryl, this is entertainment, this is television, it is daytime television. You want to keep this show on the air for 10 more years because you believe it has legs. You believe it can happen.’’”

“And people go through stuff on shows all the time… So I just kept thinking to myself, ‘Let this play out. But don’t you become different,’” Underwood added. “’Don’t you put yourself in a different posture. You can’t wear the crown with your head held down.’”

Underwood has been praised by many for how she handled herself on the episode. She shared, “My mantra, my way of thinking, is always forgiveness first and right beside that is apology. Those two things go together. I don’t know what’s in Sharon’s heart. I don’t know what she’s feeling. The only feelings I can control… are my own.”

“The Talk” has been on hiatus this week while an internal investigation is underway by CBS.

Andy Cohen doesn’t seem to agree with the decision to take the show off the air for a week. During an appearance on “The Kyle & Jackie O Show,” he argued, “In my mind, what they should have done with the Sharon Osbourne thing is go back, get back on the horse the next day and talk it out on the air. You know, keep talking. I mean, now we’re investigating it and we’re investigating what happened… It’s like, just keep talking!”