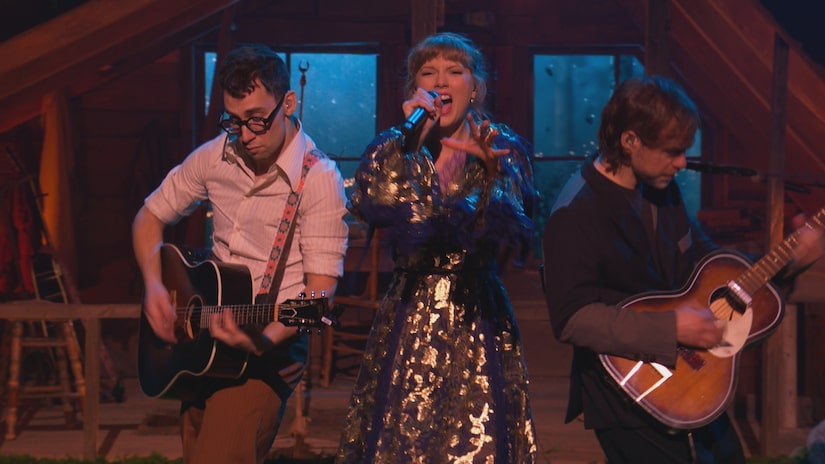 It’s been five years since Taylor Swift sang at the Grammys, and for her comeback performance, she went all out!

The superstar did a medley of songs from her surprise albums “Folklore” and “Evermore” with collaborators Jack Antonoff and Aaron Dessner for their first on-stage performance together.

Swift kicked things off lying on a mound of grass, singing “Cardigan” to the audience. The camera then panned to show a surreal forest, with the singer sitting on the roof of a cabin where Antonoff and Dessner launched into “August.” The trio ended with “Willow,” the opening track off “Evermore.”

In a video posted on the Recording Academy’s website, Swift revealed how excited she was to perform with Antonoff and Dessner.

“We’ve only gotten to be together in the same room once, so this is really awesome to get to be together with them again. We’re quarantining in the same house, we’re getting tested every day,” she said in the teaser video. “It’s just really exciting, honestly, to play music with your collaborators. That’s something that I will never, ever take for granted again.”

It’s been 13 years since Swift was nominated for her first Grammy. 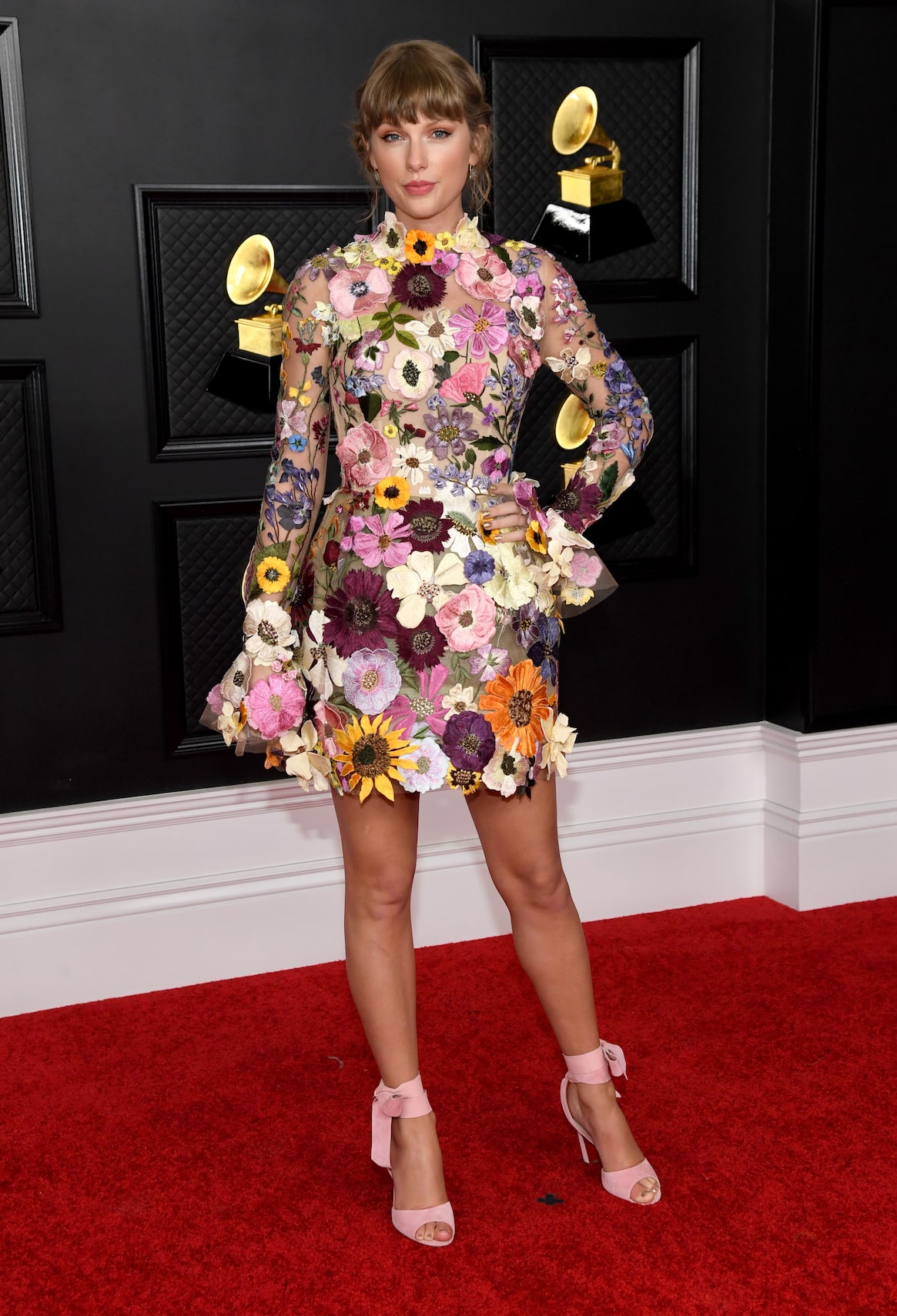 For her first time back at the Grammys since 2016, Swift dressed for the occasion, making everyone excited that spring is here! She stunned in a colorful Oscar de la Renta long-sleeved minidress covered in pretty flowers, paired with Christian Louboutin peep-toe pumps and Cathy Waterman jewelry.