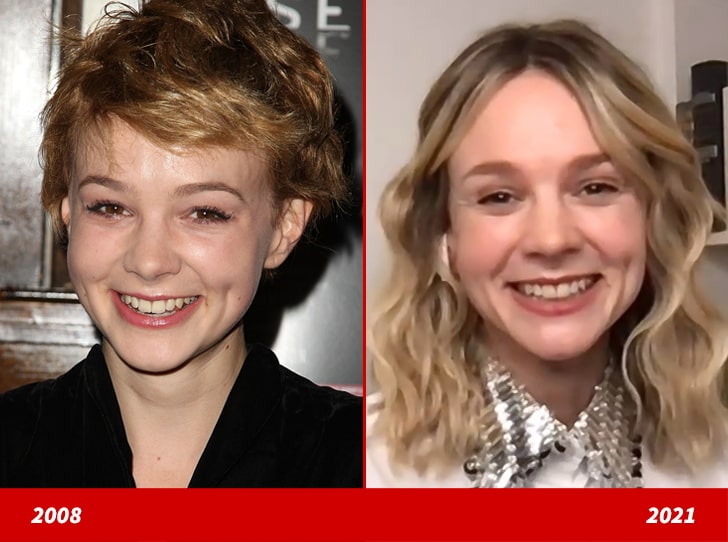 Carey Mulligan‘s good looks were meant to be seen!

Here is a 23-year-old version of the actress looking darling with her pixie cut at a party in New York City back in 2008 (left). This was the same year that she made her Broadway debut.

And 13 years later … Mulligan was seen sharing her beautiful on-screen presence with audiences at home during a talk show interview earlier this year (right). The now 35-year-old has since worked on a number of projects, and is currently nominated for best actress at the Critics’ Choice award for her role in the film “Promising Young Woman”.