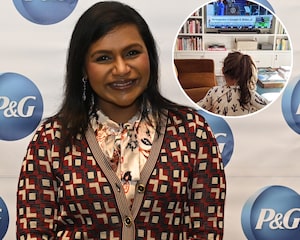 Even the rich and famous end up on awkward dates!

It’s easy to assume that celebrities have it easy when it comes to dating — but that’s far from the truth!

From Ariana Grande to Zoe Kravitz to Emma Watson, these stars have all admitted that they’ve found themselves in some pretty awkward situations once or twice in their dating history. Whether it involved a bloody nose, a totally rude date or even a 30 pound African tortoise, it’s safe to say that these potential relationships didn’t make it very far.

Find out what went down on these bad dates…

Emma Watson says that she once went on a date with someone who was way too judgmental but thankfully, she made the realization pretty quickly.

“The worst date I’ve ever been on was a guy who told me he couldn’t be friends with fat people or anyone who was unattractive. I realized pretty quickly that he was a nutter and I had to get out as quickly as I could,” Emma told The Telegraph.

When Charlize Theron was in her 20s, she went on a date with a guy who she said was “super handsome” and she was really into, but had a strange experience at the end of the night.

“We had dinner. It was lovely…And he drove me home and I signaled I was in for a kiss…He pulled over by my house and we started kissing and it was really good. And then he pulled away and he whispered, ‘Make out with my nose.’ I started giggling and it was good so I didn’t want to mess it up, so I gave him a little peck on the nose, and he was like, ‘No, make out with it,'” Charlize said “Jimmy Kimmel Live.”

Mindy Kaling found herself in an awkward situation on a date when she realized that the man she was dining with didn’t think their evening out was a date at all!

“The worst date I’ve ever been on was with a guy who I was super excited about, really attracted to, and then on the date it became apparent that it wasn’t a date. He was just a straight dude who was psyched to have dinner with me in a platonic way. He talked about an actress he really wanted to date and we split the check,” Mindy wrote in a post on Reddit.

Mindy Kaling’s Daughter Blown Away By Kamala Harris Inauguration: ‘It Looks Like Mommy’

Khloe Kardashian had a pretty negative experience while she was getting to know a guy via video chat and he seemed to have a girlfriend all along!

“I met this guy in New York and we stayed connected as friends and then one time, I was on iChat, and IM with him, and a naked girl walks in the background and all of a sudden the computer just shuts, like stops. And then he texted me an hour later, like, ‘Sorry that was my sister,’ and I was like, ‘uhhh,'” Khloe told E! News.

Tiffany Haddish once did housework while she was on a date! She says she went out with a guy she was seeing and after they had dinner, she ended up doing his laundry.

“I went on a date with a guy to wash his clothes. He said we were going to dinner, and we got dinner, and then we went to the laundry house and washed [his] clothes…That’s horrible. I’m not no damn maid,” Tiffany told TMZ.

Ariana Grande was on a date when she had a minor medical emergency right in the middle of a kiss with her beau.

“A few years ago I was on a date and when we were kissing I suddenly got the worst ever nosebleed. We went back to his car to sort it out and at the same time my friends walked past and saw me bleeding – they thought I was being killed!” Ariana reportedly told CelebsNow. 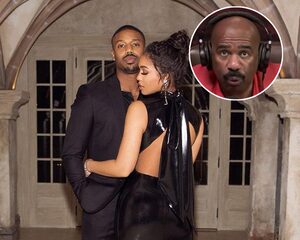 Steve Harvey Isn’t That Impressed by His Daughter’s Boyfriend

When Billie Eilish was just 13, she finally went on a date at the movies with the guy she was crushing on but things didn’t quite go as planned when they locked lips.

“He kissed me and then he said, ‘That was not as magical as I thought it would be.’ He was super rich, and his butler — literally his butler — [took him home]. He left and I was stuck there, no one told me they were going to leave…Dude is hella ugly now,” Billie told Howard Stern.

Jenny Slate got set up on a blind date and when her dinner partner showed up for the outing, he was dressed in a way that you definitely wouldn’t expect.

“He comes around the corner inside the restaurant, and this dude is dressed in full chainmail. He’s got a full authentic knight’s costume on, including a floor-length tabard, which I called a tunic and then he corrected me and was like, ‘It’s actually a tabard.’ His chainmail is like getting caught on stuff…I’m mortified, and also just mad. He’s trying my pasta with the chainmail clinking across and stuff, it’s insane,” Jenny said on the “Talk Easy with Sam Fragoso” podcast.

Dove Cameron says she didn’t go on dates often growing up but one in particular stood out because of her date’s obvious jealousy issues. 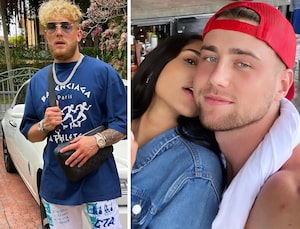 While Lucy Hale was in the middle of a date she caught her dinner partner texting other people!

“I was on a date with a guy once, and he wasn’t aware that I could see his cell phone. And the fact that he was actually texting romantic messages to another girl,” Lucy told Glamour.

Lilly Singh admits she’s had her fair share of bad dates that range from rude potential suitors to ones who just didn’t care what she had to say.

“Once I went on date and this dude just yelled at the waiter because he forgot his dipping sauce. I’m just like, ‘My uterus fell out.’ I’ve [gone] on dates where the guy doesn’t even ask me any questions. He’ll just talk on, and on, and on about his gym routine,” Lilly told Vogue.

Zoe Kravitz went on a bizarre date that ended up with her owning a tortoise! Zoe explained that she had a great time when she went out with a new guy, who happened to mention he had just gotten a new turtle. The following day, her date called to tell her he was going out of town and needed someone to watch the turtle. Zoe was unsure but her roommate convinced her to say yes.

“He comes over and drops off a duffle bag, says thanks and leaves. The bag starts moving…so I open the duffle bag and inside is a 30 pound African tortoise…I have this turtle for about a week and I call the guy and say, ‘Dude when are you coming back into town?’ And he says his trip got extended…But then it’s been maybe a month since we’ve had Gary, and my phone rings and it’s Gary’s father…He’s back in town and wants to know if I wanna go and see a movie,” Zoe explained on “The Tonight Show.”

Despite the fact that her date never mentioned the turtle on the call, she agreed. At the end of the night, she headed to his place for a night cap and realized his home was not at all suitable for the turtle, whom she had come to love. Zoe added that she called off the date early so that she could go home and feed the turtle, who she ended up later donating to a turtle sanctuary. 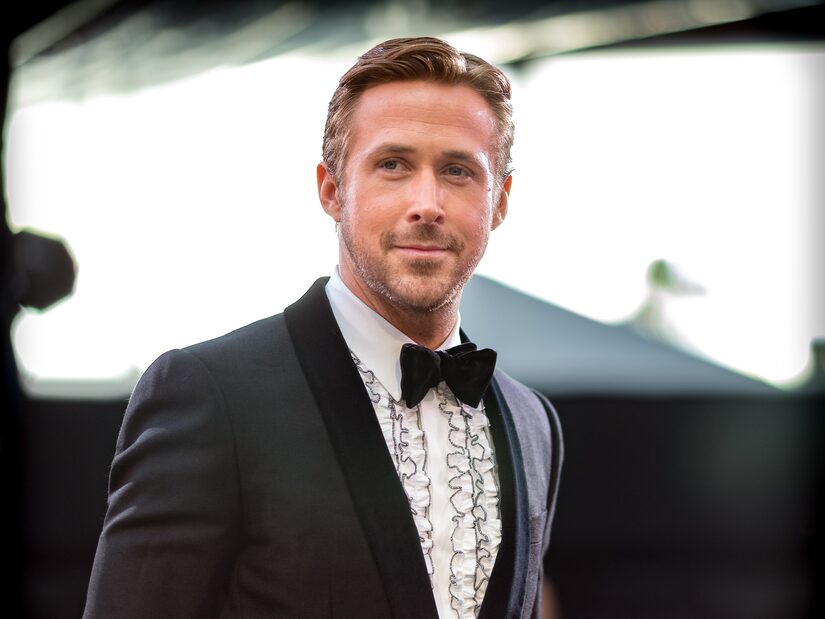